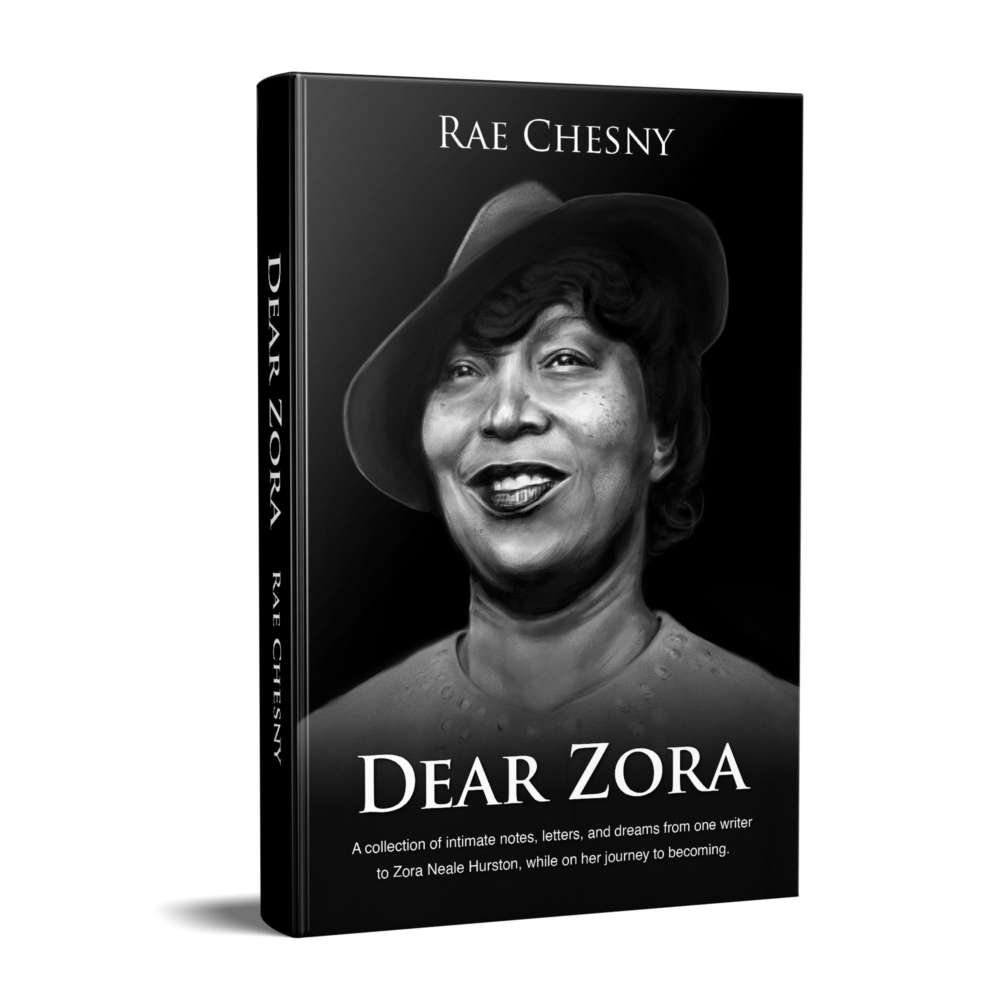 Rae Chesny's book 'Dear Zora' will be published as a work in progress, says Chesny, to show readers her process. Image courtesy of Rae Chesny

Zora Neale Hurston’s writing is influencing a new generation of writers. Author Rae Chesny has been studying and writing about Hurston since 2018.

Chesny will talk about Hurston’s life and work this week in a series hosted by the Eatonville Branch of the Orange County Library System: “Zora Neale Hurston, the storyteller and her town.”

Chesny said although she was aware of Zora Neale Hurston as a high school student, she didn’t get to know her work until she started researching Langston Hughes for a presentation at Michigan State University in 2018.

“But as I was researching him, Zora Neale Hurston kept coming up, and I’m like, Oh, wait, that’s the lady who wrote “Their Eyes Were Watching God”.

Chesny said she wondered why Hurston didn’t get as much recognition as Hughes, even though the two were friends during the Harlem Renaissance.

“And so probably the feminist in me said, You know what, I’m going to start presenting on Zora. That first year I had to do Langston and Zora, but since then, it’s been all me and Zora.”

As part of her research, Chesny travels to the places where Hurston lived or visited herself.

“And I do very much love to go to the places relevant and significant to source work to even see if I can feel her energy. I am an author and writer storyteller myself. So I like all of that type of stuff. And I like to travel around and see what I can find.”

Chesny said she takes a non-traditional approach to teaching others about Hurston.

“I think what has happened is that people who know about Zora, they say the same thing that I said, three and four years ago, oh yeah, the author of “Their Eyes Were Watching God,” but the conversations need to be had, that she was a trained anthropologist, that she worked to preserve Black culture, and how she did it, and then do it with her humor, do it with her sass, and do it with some fun.”

Chesny’s upcoming book, ‘Dear Zora’ is a collection of letters she has been writing since 2018 as a way of building a connection with Hurston. She said she will first publish the book as a work in progress that readers can engage with before publishing the final work.

“So many people don’t write their stories, because they think I can never write a book. Because to produce a book takes a lot of people. And you think, Oh, I’m comparing my rough draft with someone’s finalized, brilliant work, polished work,” said Chesny.

“And so I want to show that transparency, and hopefully, it’s a form of inspiration.”