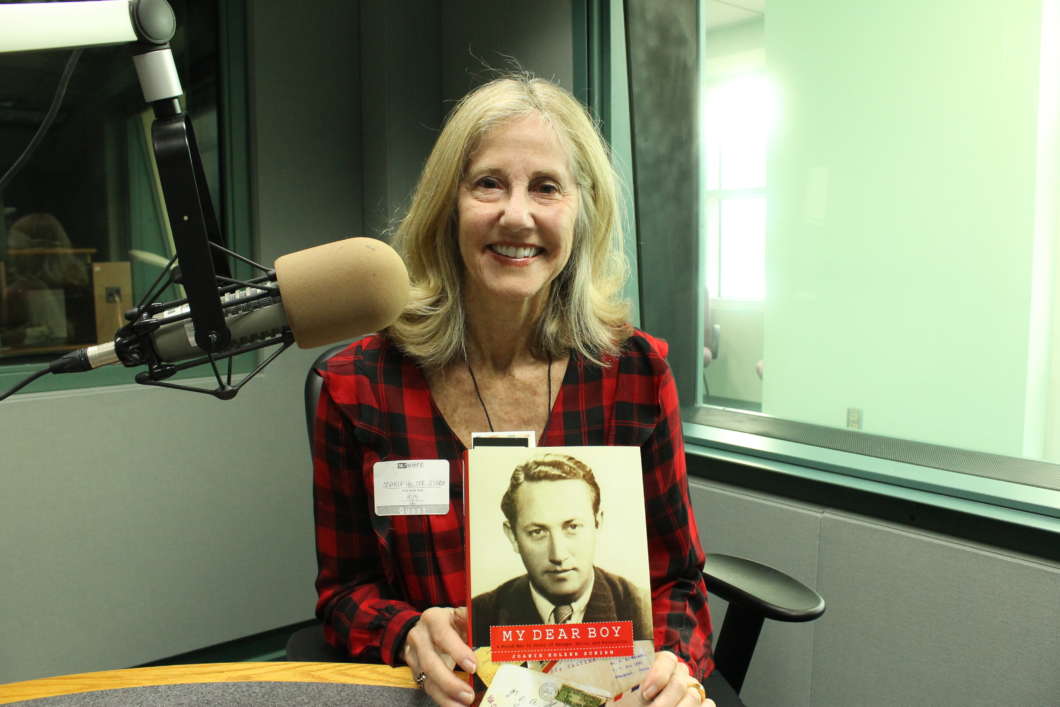 Author Joanie Holzer Schirm’s book, My Dear Boy: A World War II Story of Escape, Exile, and Revelation tells the story of her father’s escape from Nazi occupied Europe in 1939.

Schirm joins Intersections to discuss her father’s legacy in her book, which was published last month.

Oswald “Valdik” Holzer was a young physician in Czechoslovakia when the Nazis invaded.  He became one of 20,000 European Jews who moved to China for its open ports of call for refugees. In China, he met Schirm’s mother, the daughter of American missionaries.

Schirm says her journey to translating her father’s story onto page began shortly after his death in 2000 after finding a large collection of WWII letters, a total of 400 from 78 writers.

She took the letters as her inheritance and had them translated from Czech and German into English. Eight years later after she retired, Schirm dedicated herself to piecing together what her father had left behind.

“The letters really bring forward so much because they represent his friends and family who escaped to places like he did…you really get the on-the-ground reporting of not only what’s happening historically but how they feel about it and their vulnerability” she says.

44 of his relatives were killed in concentration camps, Schirm says.

Schirm has worked closely with the United States Holocaust Memorial Museum in Washington D.C. and the Holocaust Memorial Resource and Education Center of Florida in Orlando to keep alive the stories of tragedy, displacement and survival from her father’s letter collection.

“It’s a timely and timeless story for people because it really reflects the world of today as much as then, and it’s through the voices and the letters,” Schirm says.