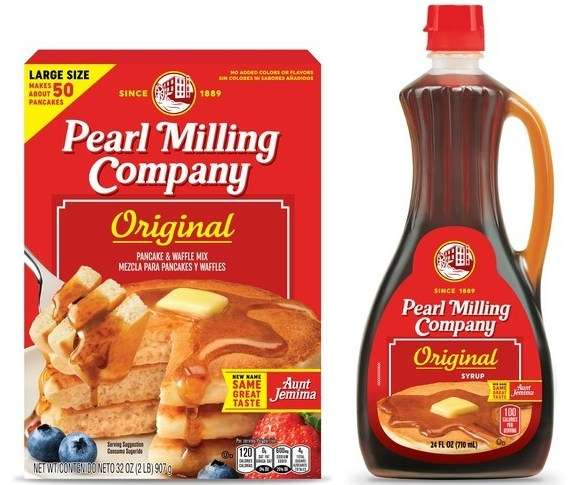 PepsiCo will replace Aunt Jemima with the Pearl Milling Company in June — one full year after the company first announced plans to do away with the Aunt Jemima brand.

Aunt Jemima and other food brands, including Uncle Ben’s, Cream of Wheat, and Mrs. Butterworth’s, announced redesigns amid protests against systemic racism and police brutality in the U.S. last summer. But calls to remove the Aunt Jemima imagery, and others like it, were made long before companies acquiesced to public pressure last year.

Aunt Jemima has been criticized as an image harkening back to slavery. Old Aunt Jemima originated as a song of field slaves that was later performed at minstrel shows. The original Aunt Jemima character was portrayed by Nancy Green, who was born into slavery. Quaker Oats paid Green to travel and promote Aunt Jemima products in costume.

Both Aunt Jemima and Uncle Ben’s have been criticized for relying on the titles aunt and uncle, which historically were used by people who resisted applying the honorific Mr. or Ms. to a Black person.

The Uncle Ben’s logo was of an elderly Black man, who originally wore a bow tie evocative of a servant. Mars, Incorporated announced in September it would remove the name and logo of Uncle Ben’s and rename the rice brand as Ben’s Original.

Pearl Milling Company was founded in 1888 in St. Joseph, Missouri, and according to a PepsiCo statement, it created the self-rising pancake mix that became known as Aunt Jemima. Quaker Oats purchased the Aunt Jemima brand in 1925.

Pearl Milling Company will maintain the red and yellow packaging found on Aunt Jemima boxes and bottles. PepsiCo says its products will continue to be available under the Aunt Jemima name without the character image until June.