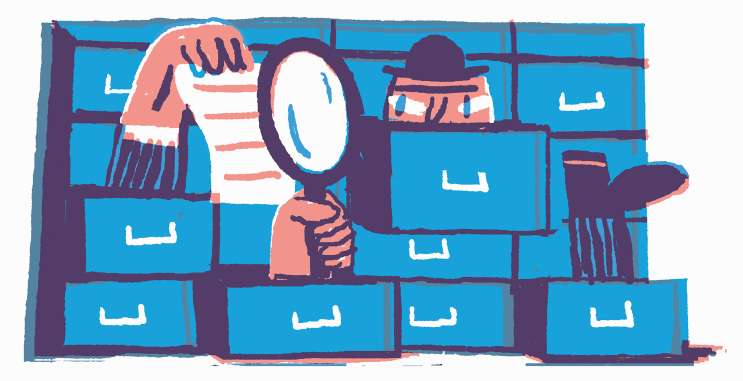 Careful audits of a representative sampling of bills from 37 Medicare Advantage Programs in 2007 have revealed some consistent patterns in the way they overbill, a Center for Public Integrity investigation finds.
Image credit: Nick Shepherd

More than three dozen just-released audits reveal how some private Medicare plans overcharged the government for the majority of elderly patients they treated, often by overstating the severity of certain medical conditions, such as diabetes and depression.

The Center for Public Integrity recently obtained, through a Freedom of Information Act lawsuit, the federal audits of 37 Medicare Advantage programs. These audits have never before been made public, and though they reveal overpayments from 2007 — money that has since been paid back — many plans are still appealing the findings.

Medicare Advantage is a privately run alternative to standard Medicare; it has been growing in popularity and now enrolls more than 17 million seniors. In 2014, Medicare paid the health plans more than $160 billion.

But there’s growing controversy over the accuracy of billings, which are based on a formula called a risk score; it is designed to pay Medicare Advantage plans higher rates for sicker patients and less for people in good health. In a series of articles published in 2014, the Center for Public Integrity reported that overspending tied to inflated risk scores has cost taxpayers tens of billions of dollars in recent years.

In May, a Government Accountability Office report called for “fundamental improvements” to curb excess charges linked to faulty risk scores. In addition, at least half a dozen health-industry insiders have filed whistleblower lawsuits that accuse Medicare Advantage insurers of manipulating risk scores to boost profits.

The audits from the Centers for Medicare and Medicaid Services show that all but two of the 37 health plans audited for 2007 were overpaid — typically several hundred thousand dollars too much — for the sample of 201 patients examined at each plan.

Among the insurers charging the government too much: five Humana Inc. health plans, three UnitedHealth Care Group plans and four Wellpoint Inc. plans. CPI reporters approached the administrators of these plans for an interview, but all declined to comment.

The high rate of overcharging the federal government for many diseases could signal millions in losses to federal taxpayers, since many of the plans enroll thousands of people.

Michael Geruso, an assistant professor in economics at the University of Texas, Austin, said aggressive coding practices have had a “huge impact on taxpayer spending” for the Medicare Advantage program.

Geruso, co-author of a study on Medicare Advantage billing, noted that error rates revealed in the audits suggest many overcharges have escaped scrutiny. “Clearly, there’s room for more auditing,” he said.

Diabetes “without [medical] complications” was the most common disease code reported by the health plans, and auditors typically validated the payments as warranted in three of four cases.

But extra payments made to health plans that claimed some diabetic patients also had complications of the disease — such as eye or kidney problems, for example — were reduced or invalidated in nearly half the cases, and sometimes more. In other words, the auditors found insufficient evidence that these complications actually existed. Some of these reductions in payment are still being disputed by the plans.

Several other disease categories triggering large payments — including “major depressive bipolar and paranoid disorders,” for example, and “drug/alcohol dependence” — also were rejected as unfounded by auditors nearly as often as they were confirmed.

Overpayments were not a problem in the case of every medical condition examined. In more than 200 cases, auditors said the higher fees that plans charged were justified because of the severity of the patient’s illness. But auditors were between three and four times more likely to slash payments than raise them for many medical conditions.

The audits provide new evidence of how federal officials have struggled to stamp out inflated coding, which is known in health policy circles as “upcoding.”

None of the plans faced closer government scrutiny after the audits, no matter the size of the overpayment. The 2007 audits, which collected a total of $12 million in overpayments, are the only ones CMS has completed since officials adopted risk scores in 2004 at the behest of Congress. In some cases, health plans are still appealing the results, nine years later.

The special Medicare Advantage audits, conducted at the behest of CMS, are called Risk Adjustment Data Validation. RADV audits involve a lengthy and secretive process in which medical records are selected from a sample of 201 patients enrolled in a health plan. Auditors review the medical files to confirm that the diseases billed for — and their severity — are properly documented.

When they are not, CMS cuts or reduces the payment. Some plans have disputed nearly every pay cut, while others have chosen not to contest most of the findings.

Yet the paucity of these audits, and their tendency to drag on for years unresolved, brought a stern rebuke from the GAO, the watchdog of Congress, in its May report.

The GAO criticized the Medicare agency for not expanding the scope of the audits as was required by a provision of the Affordable Care Act in 2010. It also said that CMS had failed to home in on health plans with histories of charging too much, or cases in which plans have persistently exaggerated the severity of certain illnesses to jack up their fees.

“We think that CMS has a lot of work to do,” James Cosgrove, who heads the GAO’s health care division, said in an interview shortly after the report’s release.

In response to written questions from the Center for Public Integrity, CMS officials agreed that some medical conditions are overbilled more often than others. But they said the results were “not conclusive, given that the audit samples were not designed to produce statistically valid results” of overcharges for each disease.

Asked why overcharges are so much more common than underpayments, CMS said health plans have an “incentive to submit diagnosis codes to CMS and, as a result, are less likely to under-report these diagnoses.”

Agency officials said they expect to complete 30 audits of 2011 billings by specific plans this year, but declined to say how much they expected to collect in overpayments. In the past, officials have put the figure at as much as $370 million.

That level of auditing would encompass about 5 percent of Medicare Advantage contracts for 2011. CMS has asserted that its goal is to audit every plan annually, but officials declined to say whether that’s likely to occur. However, they said they plan to expand the auditing program in 2017.

Medicare Advantage plans have challenged the validity of the audits from the start. Clare Krusing, a spokeswoman for America’s Health Insurance Plans, an industry trade group, said that CMS doesn’t allow health plans to submit “additional data” such as drug prescriptions, and such data could verify that patients have the diseases claimed. The group also has called the RADV audit process “not yet stable and reliable.”

Expanding Medicare Advantage audits also “could disrupt the care being provided by plans that are working hard to meet the needs of their enrollees,” the trade group says.

This piece comes from the Center for Public Integrity, a nonpartisan, nonprofit investigative news organization. To follow CPI’s investigations into Medicare and Medicare Advantage waste, fraud and abuse, go here. You can follow Fred Schulte on Twitter: @fredschulte