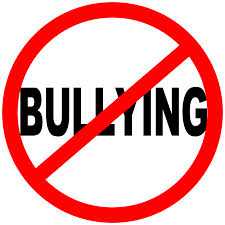 An attorney for the family of 14-year-old Lamar Hawkins says he’ll investigate the school where the boy ended his life.

The attorney says the family had talked to school administrators several times before their son’s death about alleged bullying they say had persisted for years.

Lamar was found dead last week at Greenwood Lakes Middle School in Lake Mary. He had shot himself in the head.

Matt Morgan says he wants to know how the school addressed the family’s concerns about allegations of bullying before the boy committed suicide.

“Lamar was pushed down a flight of stairs. He was shoved out of his cafeteria seat onto the ground. And just an overall mental abuse, emotionally, that they would target him and mock him due to his size and things of that nature.”

Morgan is an attorney with the prominent firm Morgan and Morgan. He also is pursuing state anti-bullying legislation on behalf of the family of Rebecca Sedwick. That’s the 12-year-old bully victim in Lakeland who plunged to her death last year at a cement plant.

Seminole County Schools Superintendent Walt Griffin issued a statement saying the district has a bullying policy and is cooperating with a law enforcement investigation into Lamar’s death.