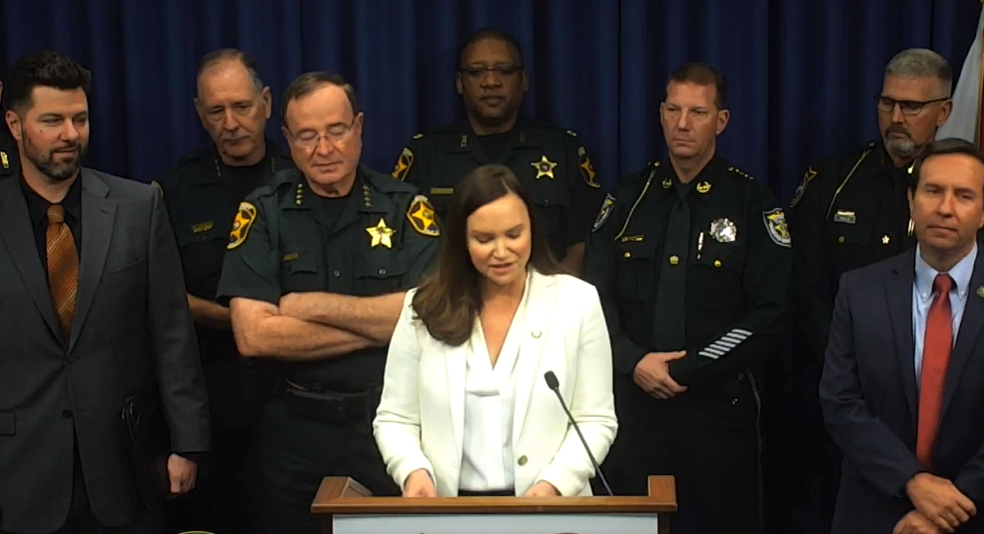 She made the announcement at a press conference Thursday in Polk County.

Moody says the task force will focus, not on petty theft, but on organized criminal schemes that can result in major losses.

It will help law enforcement agencies find the leaders and their associates working across county lines.

She says they’ll develop FORCE, the Florida Organized Retail Crime Exchange, “adatabase, an exchange of information which allows us to track what seem like single incidents of theft and allow us to put together the pieces to identify the larger scale criminal organizations that are going into our stores and stealing large amounts of merchandise.”

Moody made a point of contrasting Florida’s leadership with California, where some cities have seen organized mobs raiding stores.