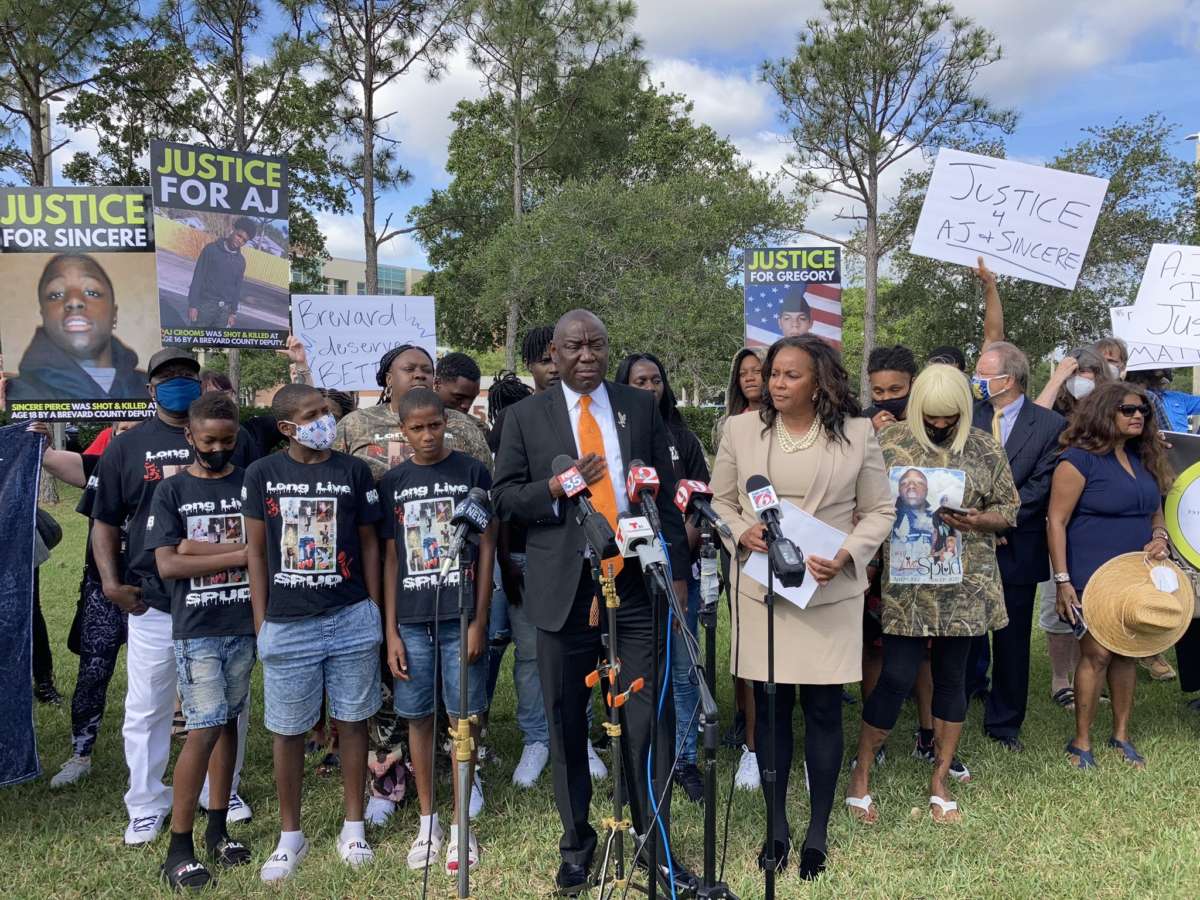 The teens were shot and killed when a deputy fired into their moving vehicle last November.

Crump wants the DOJ to investigate the boys’ deaths and the culture of the Brevard County Sheriff’s Office.

Crump also announced he’s filed a lawsuit against Deputy Santiago-Miranda and the Brevard County Sheriff’s Office on behalf of the families.

AJ’s mother Tasha Strachan says she’s fighting for justice for her son and to protect the lives of other young Black men like him.

The boys were killed last November.

The lawsuit comes just days after the guilty verdict in the Derek Chauvin trial.