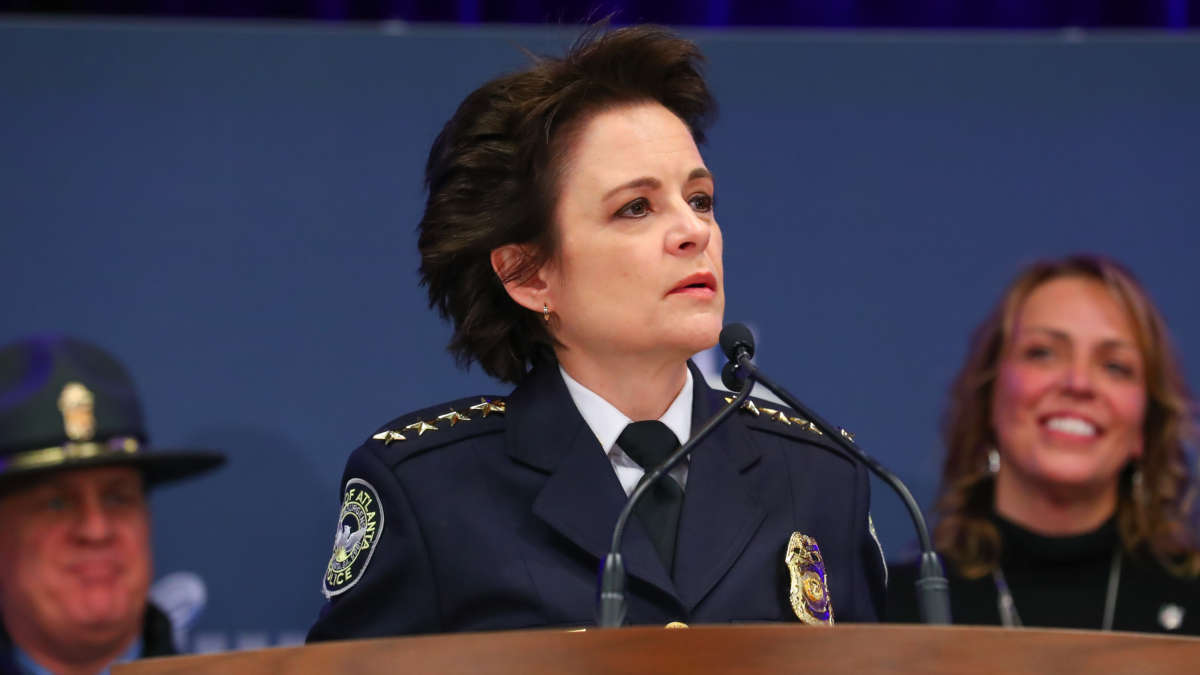 Atlanta’s chief of police has resigned, less than a day after police fatally shot a 27-year-old black man outside of a fast food restaurant.

Mayor Keisha Lance Bottoms announced Saturday that she had accepted Erika Shields’ resignation. During a press conference, Bottoms said Shields had informed her of the decision, saying it was out of a desire for the Atlanta Police Department to serve as a model for reform.

“Chief Shields has offered to immediately step aside as police chief so that the city may move forward with urgency in rebuilding the trust so desperately needed throughout our community,” Bottoms said.

Shields’ resignation follows an outcry over the Friday night death of Rayshard Brooks. A police officer shot the 27-year-old after Brooks ran away with an officer’s Taser and pointed it at police following a scuffle, the Georgia Bureau of Investigation said. Police had been called after Brooks was found asleep in a car at a Wendy’s drive-through. The GBI said officers attempted to arrest him when Brooks failed a sobriety test.

Authorities have not identified Brooks’ race, though widely circulated video on social media shows a black man grappling with two police officers before running away with one of their Tasers. The two officers then give chase and shots are heard out of view.

During the press conference, Bottoms offered her condolences to Brooks’ family. She also called for the immediate termination of the officer who fired the shots that killed Brooks.

The news of Brooks’ death spread in a whiplash fashion and drew condemnation after weeks of nationwide protests over police killings of black people. Former gubernatorial candidate Stacey Abrams said Brooks’ death must be investigated.

“The killing of #RayshardBrooks in Atlanta last night demands we severely restrict the use of deadly force,” Abrams tweeted. “Sleeping in a drive-thru must not end in death.”

“Georgia woke up to disturbing videos and reports of Rayshard Brooks being killed by an officer of the Atlanta Police Department,” the Georgia NAACP said in a statement. “This is not the first time a Black man was killed for sleeping.”

Earlier in the day, state investigators offered more details about the shooting. GBI Director Vic Reynolds said his agency had reviewed restaurant security footage showing Brooks running with what appeared to be one of the officer’s Tasers. Brooks is then shown turning around and apparently pointing the Taser at police.

“At that point, the Atlanta officer reaches down and retrieves his weapon from his holster, discharges it, strikes Mr. Brooks there on the parking lot and he goes down,” Reynolds said.

The Bureau released the footage to the public later on Saturday.

Brooks died after undergoing surgery at a nearby hospital, according to authorities.

Former Assistant Chief Rodney Bryant will serve as the interim head of the department until a replacement is selected, Bottoms said. Shields, who had been appointed chief in 2016, will continue to serve in a yet-to-be determined role with the city.