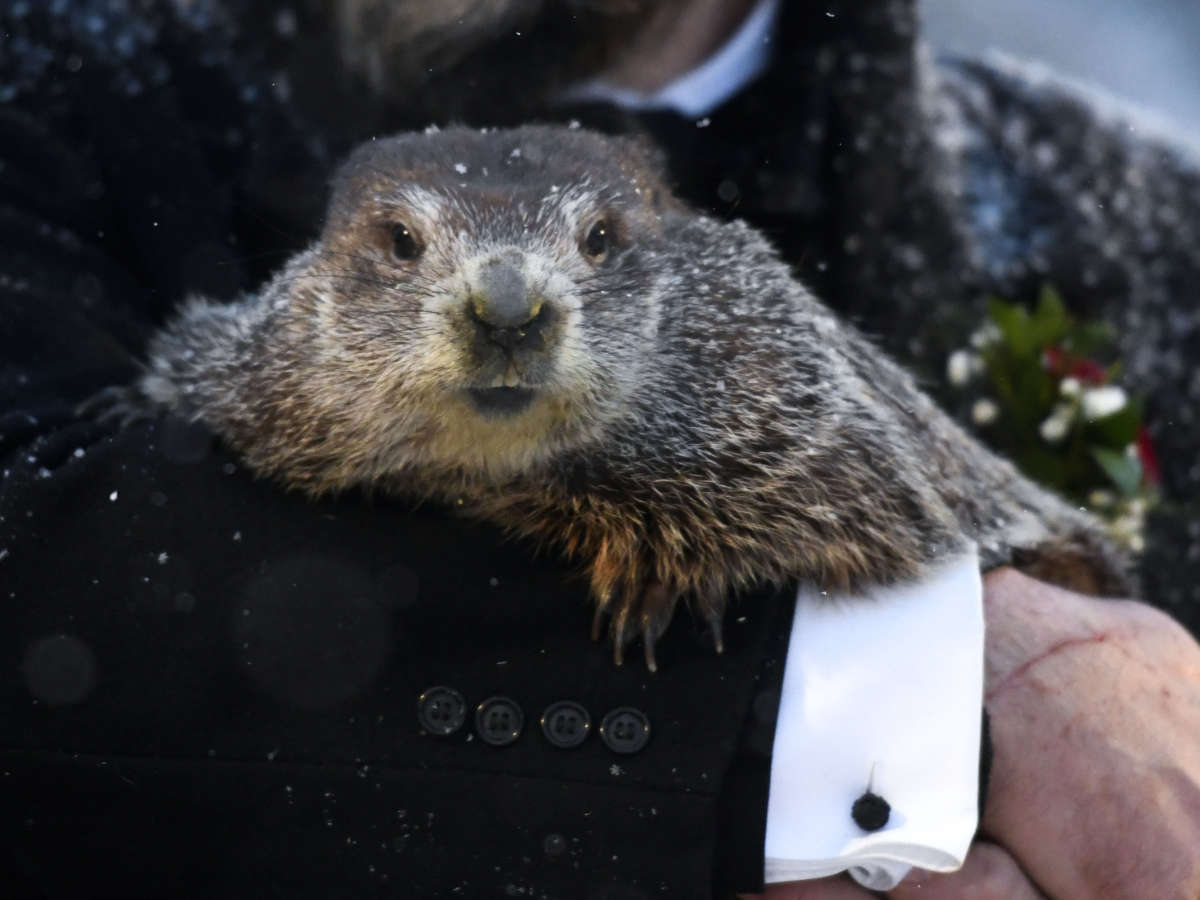 The morning after a winter storm dumped up to two feet of snow in parts of the northeastern U.S., a world-renowned groundhog named Phil emerged from his burrow and predicted six more weeks of winter.

Continuing a 135-year-long Groundhog Day tradition, members of Punxsutawney Phil’s “inner circle” woke him up early Tuesday morning to see whether he would spot his own shadow. They said he did, signaling a longer wait for spring weather.

This year’s ceremony, held as usual at Gobbler’s Knob in Punxsutawney, Pa., was closed to spectators because of the pandemic, but was streamed online where it had more than 180,000 views by early afternoon.

“Punxsutawney Phil has made his prediction, it’s six more weeks of winter,” The Punxsutawney Groundhog Club’s President Jeff Lundy said at the event. “But I want to tell you, he also told us, after winter, you’re looking forward to one of the most beautiful and brightest springs you’ve ever seen.”

Wearing top hats and face masks, members of the “inner circle” — the group of local dignitaries who care for Phil and plan the event — gathered around the groundhog with rapt attention as he perched on a stump.

Lundy appeared to have a frank, whispered discussion with Phil as he sat in front of two scrolls. After a few tense moments, the gathered men said the groundhog has chosen between the two scrolls, signaling his forecast.

“It is a beautiful morning this I can see, with all my fans viewing virtually,” began the groundhog’s prediction. “With my faithful followers being safe and secure, our tradition of Groundhog Day must endure.”

Ahead of the big moment, the virtual ceremony included video footage of celebrity cameos and celebrations from previous years. One club member said that while there are normally thousands of people in attendance, this year’s audience was limited to a few cardboard cutouts.

He also acknowledged how much has changed since Phil’s last prediction a year ago, noting that “Groundhog Day” has become shorthand to describe the rhythm of pandemic life, in a nod to the 1993 movie where a man keeps repeating the same day.”

“It has felt like, at times, we’re all living the same day over and over again,” he said. “And while Groundhog Day has come to mean that, Groundhog Day also shows us that the monotony ends. The cycle will be broken. Some days it might not feel like it or you might not believe it, but today actually is Groundhog Day. There is only one. And there is quite literally a new day coming up over the horizon over there, and it looks pretty good.”

Punxsutawney Phil — also known as “the seer of seers” and “prognosticator of all prognosticators” — has predicted winter 106 times and spring 20 times, with records from ten years lost to history, the club said. His predictions have been correct about 39% of the time, according to LiveScience.com.

And he’s not the only groundhog seer. Also on Tuesday, New York’s Staten Island Chuck held a virtual ceremony of his own. His prediction? Early spring.