At The Tokyo Olympics, Several Volunteers Take It On Themselves To Create Origami 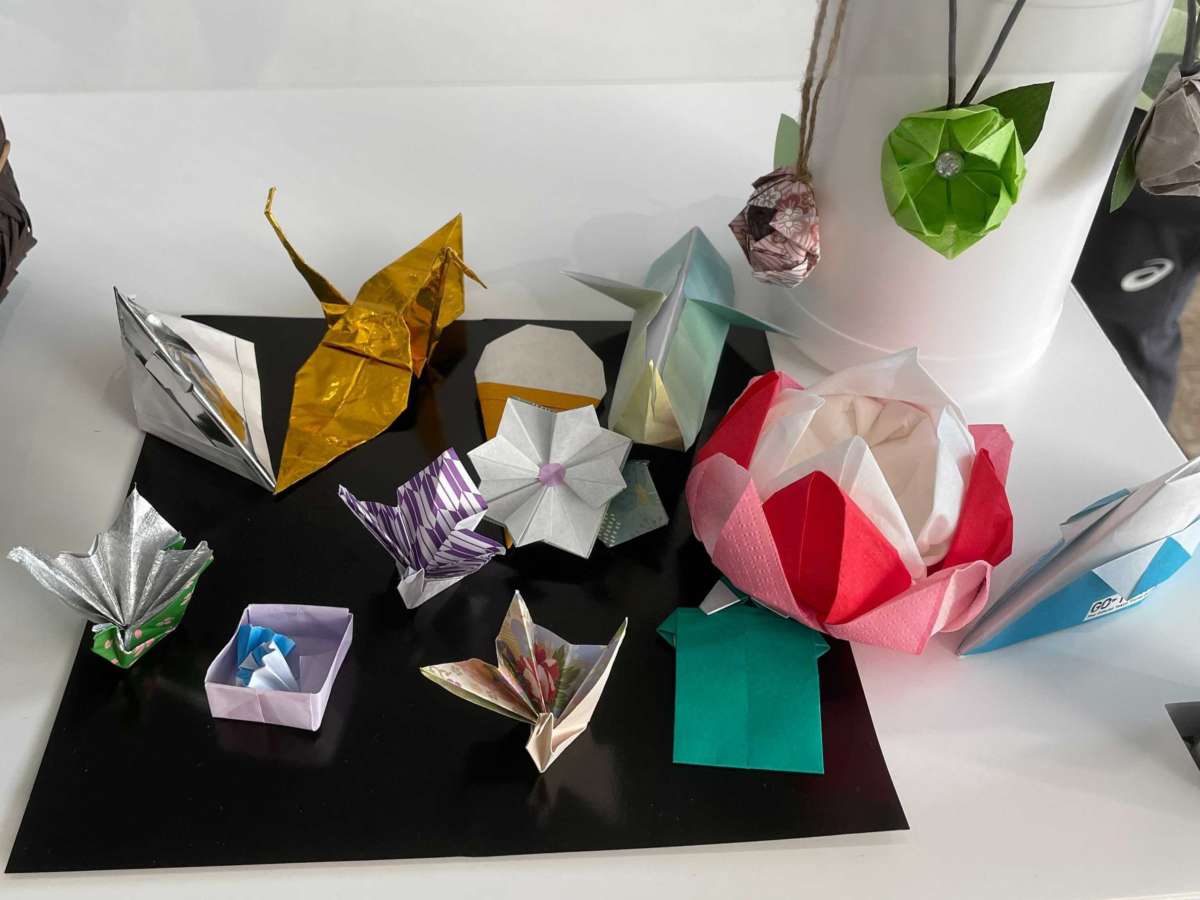 Volunteers at the center for media at the Tokyo Olympics made origami designs, including cranes and flowers.
Image credit: Merrit Kennedy

At an Olympics where journalists are largely sealed off from the host country due to strict COVID-19 protocols, a group of young Japanese volunteers is offering tiny presents that showcase an art form of their country.

In a corner of the convention center where journalists from around the world are working, the volunteers diligently fold origami paper into beautiful and elaborate designs.

A handwritten sign in front says, “TAKE FREE.” On the table top are creations such as handmade multicolored flowers, paper sushi rolls and small boxes. There are paper cranes of many shapes and sizes – which are traditionally given to sick people to wish them well.

These young women work at the desk in the press center that helps journalists get their temporary offices set up.

“But while we are waiting, we thought maybe we can do something to show our hospitality to the media partners,” said volunteer Toshimi Yabu.

These volunteers working in the media center wanted to do something to show journalists about the culture of Japan.
Merrit Kennedy/NPR

Journalists arriving in Japan to cover the Olympics are not allowed outside the Olympic “bubble” for their first 14 days in the country, to protect the Japanese population from exposure to possible coronavirus cases.

“Maybe at least we can provide some of the Japan arts that you can enjoy,” she says.

The Olympics usually provide a great opportunity for cultural exchange, and that extends to previous media centers. For example, at the Pyeongchang Games, a stall offered journalists books by South Korean authors to read in 14 languages.

Volunteers make origami to give to visiting journalists at the Tokyo Olympics.
Merrit Kennedy/NPR

But there’s never been an Olympics where the media has been quite so walled off from the host nation.

The Japanese Olympic organizers are making a small gesture by offering tours of major Tokyo sites to journalists who are still under tight restrictions, so they can “absorb the atmosphere of the games and Tokyo.” These tours are tightly controlled, and journalists have to win a daily lottery to get on one.

The volunteers folding origami also have a chalkboard where they put up one Japanese word of the day. Today’s word is “excited,” or “wa ku wa ku.” There hasn’t been much excitement yet about these Games in Japan, as coronavirus cases surge – but this group is doing everything they can to make the best of it.