At Pulse, A Friend’s Rescue Mission Ends With Tragedy 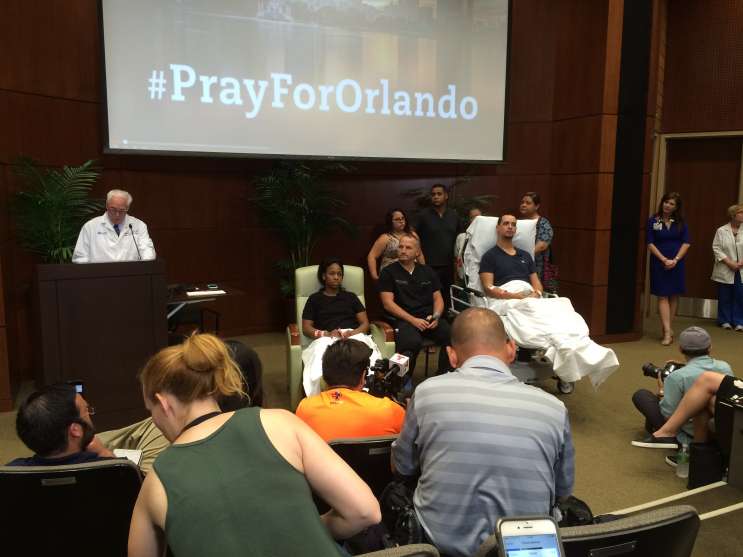 Patience Carter and her friend had made it out of Pulse. But as the shots rang out in the night they realized a third friend was missing.

Together they went back inside. Here is what happened next.

The two found their friend among the chaos and rushed with other club-goers to a bathroom where they huddled in a handicapped stall.

“The gunman entered the bathroom and was shooting his machine gun, and so we’re all like scrambling around in the bathroom screaming at the top of our lungs when he was in there for the first time. And then you know people were getting hit by bullets, and blood was everywhere. And then there was a moment when he stopped shooting in the bathroom, and everyone looked around, and that’s when I first realized that my leg was shot.”

The friends were on vacation and just had arrived from Philadelphia. They had discovered Pulse during an internet search for Orlando’s best clubs.

“We were just all having the night that we dreamed of. Like literally it was the best. It was the most beautiful bonding experience any three girls could have on their first night out on vacation.”

They heard the gunman tell 911 dispatchers he wanted the United States to stop bombing “his country.” The American-born man’s parents are from Afghanistan. He pledged allegiance to ISIS and spoke in Arabic. Then he turned his attention toward the hostages.

He asked whether any blacks were among the group. Carter, who is black, was too terrified to answer, but another man spoke up.

“And he said yes there are about six or seven of us. And the gunman responded back to him saying, ‘You know, I don’t have a problem with black people. This is about my country. You guys suffered enough.'”

At one point the gunman’s gun jammed.

“He was like damn, like it jammed. So with my face under the stall looking I could see him put down his machine gun, and you could hear him trying to click and fix his handgun.”

Suddenly the hostages heard a series of explosions. Authorities outside were trying to breach the club’s wall and rescue them. But some things the gunman had said, presumably to himself, led Carter and the other hostages to believe others involved in the rampage had blown themselves up. Authorities say the gunman alone was responsible for the attack.

“It sounded as if he was communicating with other people that were involved with it. He made the statement, ‘If the police come in they’re going to attack, but it’s OK. We got the snipers outside.’ Whoever he spoke to, and you know some police officers, maybe he was just deranged. Maybe he was just talking to himself.”

There was another explosion. The gunman backed into the stall where the hostages were.

That last victim shielded Carter with her body, saving her life. Carter doesn’t know who she was.

Finally authorities breached the wall. They engaged in a shoot-out with the gunman, killing him. For the second time that night Carter made it out of Pulse. She had rescued her missing friend. But her other friend Akyra Murray would be among the dead.

“Akyra was the life of the party, literally. And everybody loved her. Everyone just adored her.”