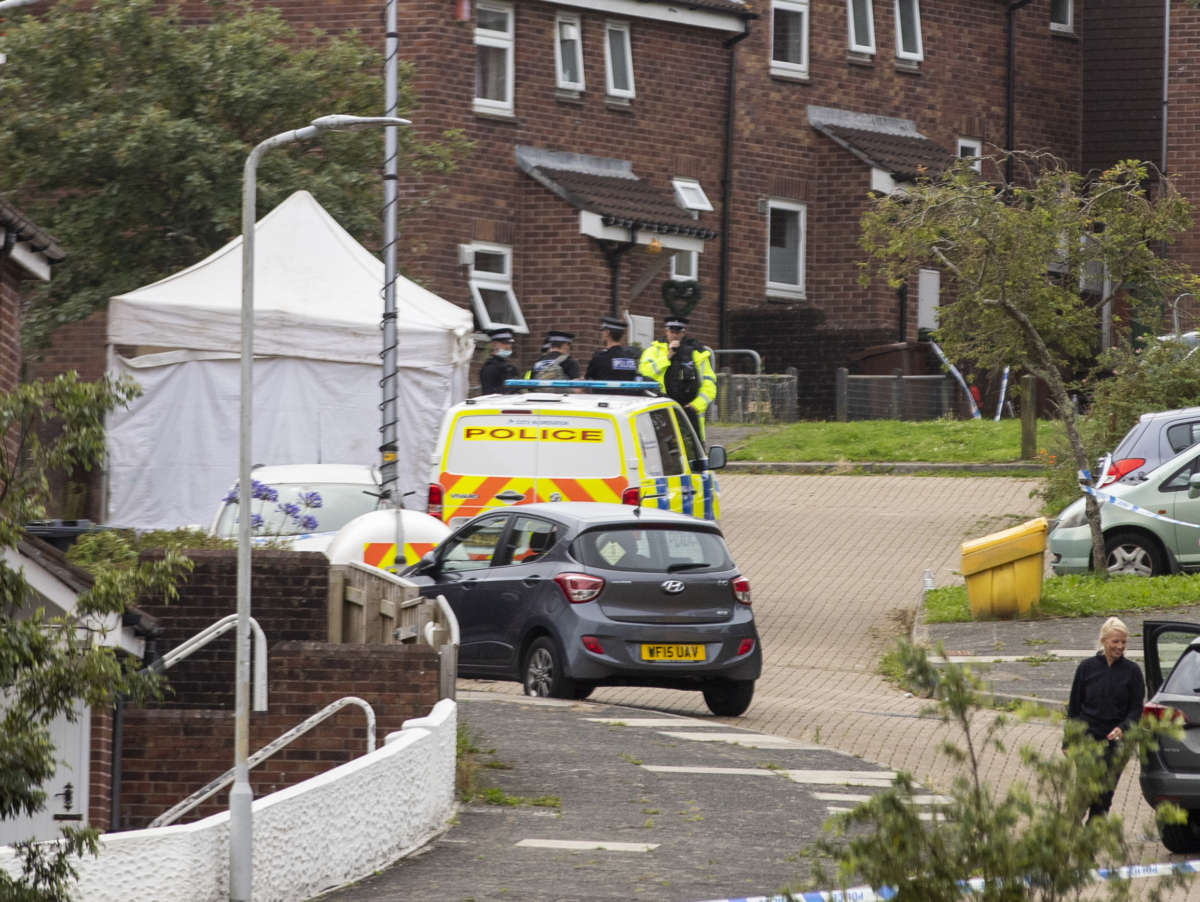 Police work the the scene after a deadly shooting took place in Plymouth, England, on Thursday.
Image credit: William Dax

A gunman in southwest England killed five people, including a young girl, before turning his weapon on himself, police say. It’s the deadliest mass shooting in Britain in more than 10 years.

The gunman shot and killed a woman at one address in Plymouth early Thursday evening before killing “a very young girl,” Devon and Cornwall Police Chief Constable Shaun Sawyer said in a news conference Friday.

Luke Pollard, a member of parliament for Plymouth Sutton and Devonport, later said in a tweet that one of the victims was younger than 10 years old.

“He also shot and killed a male relative of that girl,” Sawyer added. “This was a truly shocking event and was witnessed by members of the public.”

Sawyer identified the gunman as Jake Davison, 22. The police stressed that the shooting “is not a terrorism related incident.”

The death toll is the highest from a shooting in Britain since 2010, when 12 people were killed in Cumbria.

Police received multiple calls about the incident in the Keyham area of Plymouth shortly after 6 p.m. local time, Sawyer said. He described how after the first victim was shot at an address on Biddick Drive, the gunman went down the street shooting at other people, in full view of witnesses.

“He aimed and shot at two local residents, a man and a woman who received significant but, we understand at present, not life-threatening injuries,” Sawyer said.

Davison then entered a nearby park, “where he immediately shot a man who died at the scene,” Sawyer said. From there, the gunman moved to an adjacent area where he shot another woman who later died at a nearby hospital.

It took only minutes for police — both armed and unarmed — to arrive, Sawyer said. But he added that the attacker then used his gun on himself. Witnesses described the weapon as a pump-action shotgun, he said, adding that a gun recovered from the scene is now undergoing forensic examination.

Davison had a license to possess a firearm, Sawyer said. But he added that he could not say with certainty whether the weapon used in the attack was the same one the man was licensed to own.