At CPAC, DeSantis takes on Biden, avoids Trump and Ukraine 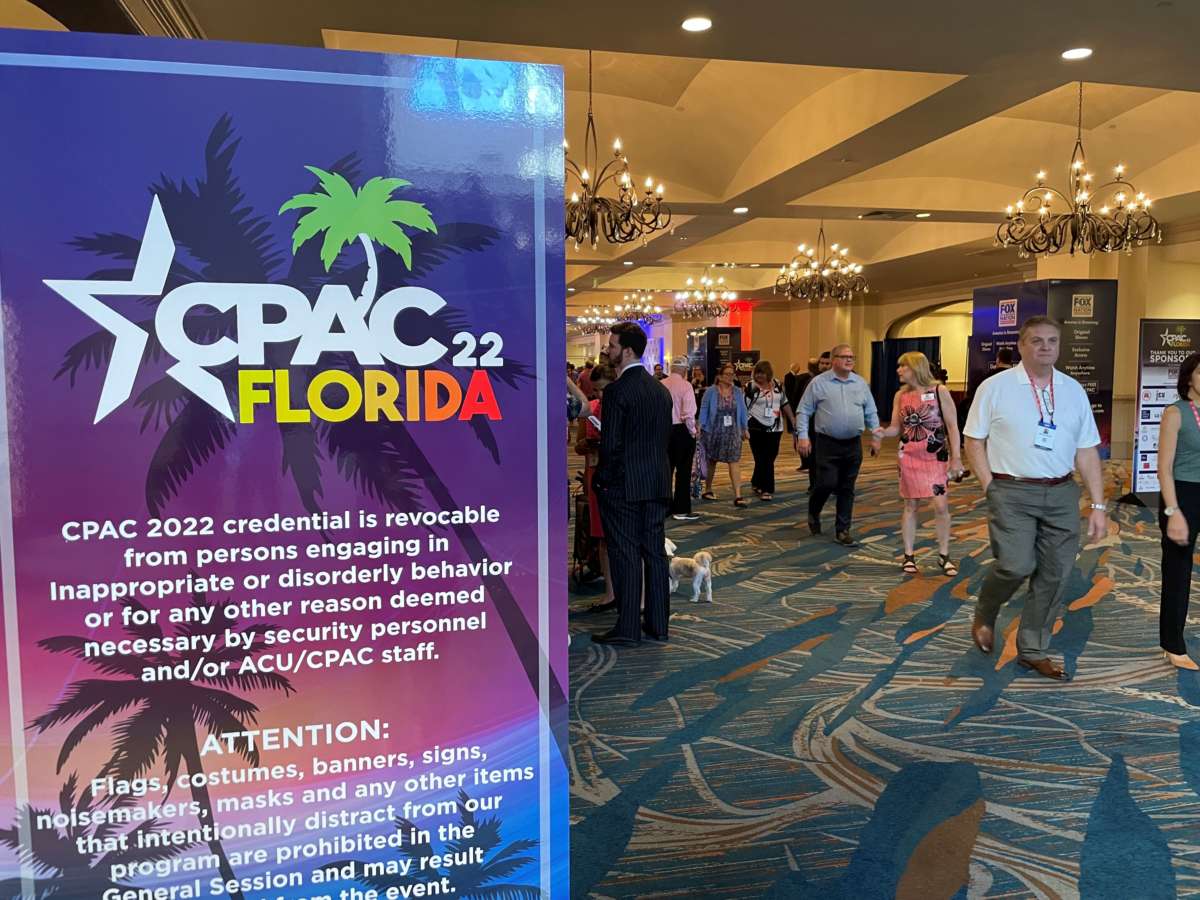 Some of the nation’s most prominent conservatives are gathered for the four-day conference.

DeSantis delivered a punchy 20-minute speech that hit on popular conservative themes from a “scientific elite” to immigration to critical race theory.

He boasted of Florida policies aimed at preventing mask and vaccine mandates and also demonstrations like those in 2020 in support of the Black Lives Matter movement.

DeSantis described “wokeness” as a “new religion of the left.” He referred to the removal of statues like one of Thomas Jefferson in New York City.

“They want to erase that history. They want to delegitimize our founding institutions, and they want to replace that with their left-wing ideology as the foundational principles of our modern-day society.”

The speech came as Russia invaded Ukraine. DeSantis did not mention Ukraine or Donald Trump. The Republican governor widely is seen as a potential presidential candidate in 2024.

He characterized Florida as a state that values freedom compared with the Biden administration’s policies when it comes to the coronavirus, masks and vaccines.

“People are coming to Florida because they want freedom. Even our critics are doing it, but I can tell you there is one fella that just hates Florida, and his name is Joe Biden. He’s always criticizing us.”