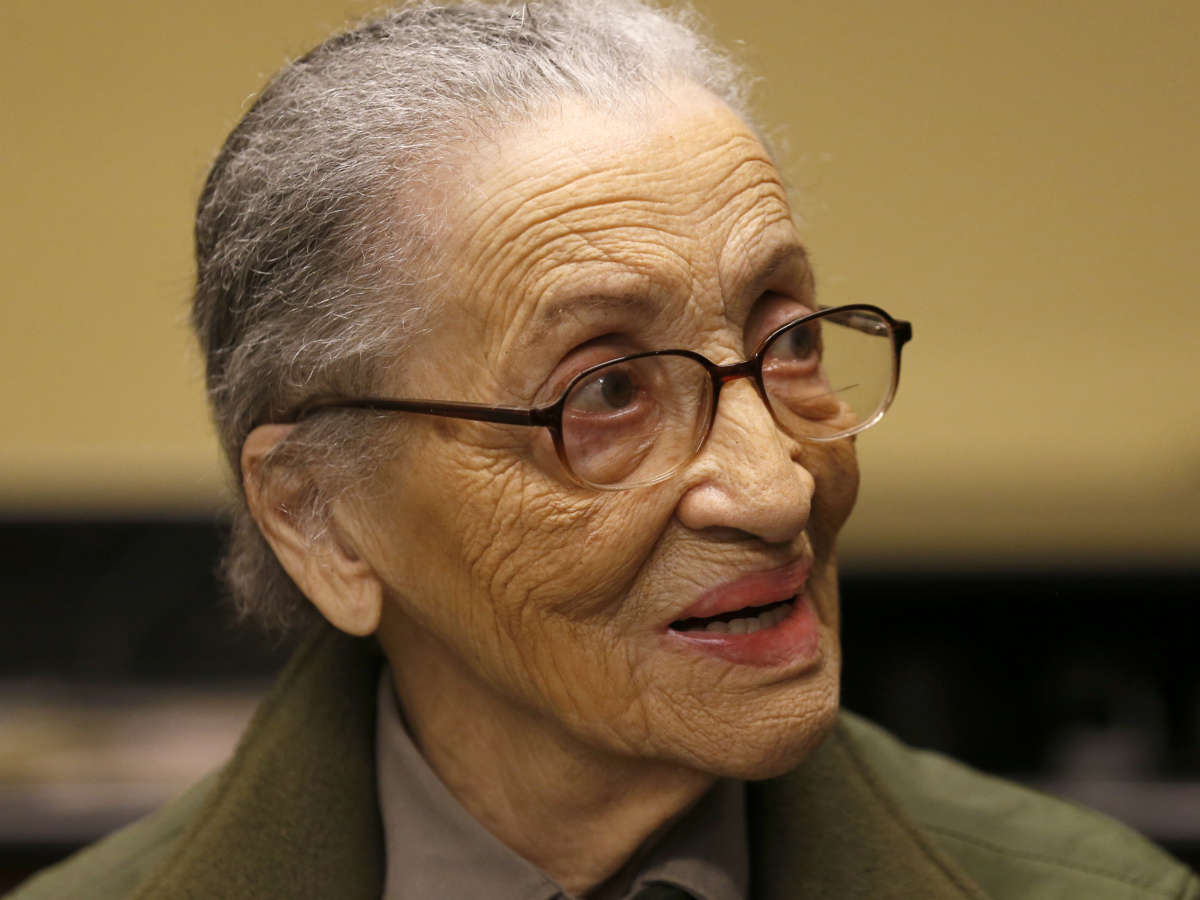 Betty Soskin has accomplished a lot over the course of her life.

She’s been a published author, a songwriter/activist during the civil rights movement and a businesswoman and now serves with the National Park Service — holding the title as the country’s oldest ranger.

Now, Soskin can add yet another milestone to her story: turning 100.

Soskin was born in Detroit, Mich., on Sept. 22, 1921. She currently works as a ranger at the Rosie the Riveter/WWII Home Front National Historical Park in Richmond, Calif.

Growing up in a family with Cajun-Creole roots, Soskin and her relatives migrated to the West Coast, eventually settling down in Oakland, Calif., after the Great Mississippi Flood damaged New Orleans in 1927, according to the National Park Service.

She had a love-hate relationship with Rosie the Riveter

Soskin’s career with the National Park Service began in 2000 after she attended a presentation on a plan to create the Rosie the Riveter/WWII Home Front National Historical Park.

At the time, then-superintendent of NPS, Judy Hart, recalls being surprised to hear Soskin proclaim “a love-hate relationship with Rosie,” NPS wrote in an article.

Soskin said never saw herself as a “Rosie the Riveter.”

“That really is a white woman’s story,” Soskin said in a 2014 NPR interview.

Soskin told NPS that she knew first-hand the stories of women who worked in wartime industry including their experiences battling racism, segregation and discrimination.

Despite her mixed feelings on Rosie, Soskin began working with the Park Service on a grant to help tell untold stories of Black Americans and the home front during WWII, according to NPS.

The grant experience ultimately led Soskin to a temporary position with the Park Service at the age of 84.

Soskin’s legacy will live on

As a ranger, Soskin continues to leave a lasting impact on those around her — being honored for her years of dedication and service.

To celebrate her birthday, the park announced it will be giving out limited edition ink and virtual stamps honoring Soskin.

“Over the past decade and a half, Ranger Betty has shared her experiences as well as the efforts and sacrifices of women from diverse backgrounds living and working on the World War II home front,” NPS said in an Instagram post honoring her birthday.

She’s already received a presidential commemorative coin from then-President Barack Obama at the 2015 National Christmas Tree Lighting ceremony. A year later, she was honored with an entry in the Congressional Record.

But her place her achievements may have their longest impact is at a Bay Area middle school renamed in her honor: The Betty Reid Soskin Middle School.

“Having a school named for me is more than I ever thought of because it means that a number of children will go into the world knowing who I was and what I was doing here,” Soskin said in an interview with KGO-TV. “Maybe it will make a difference.”