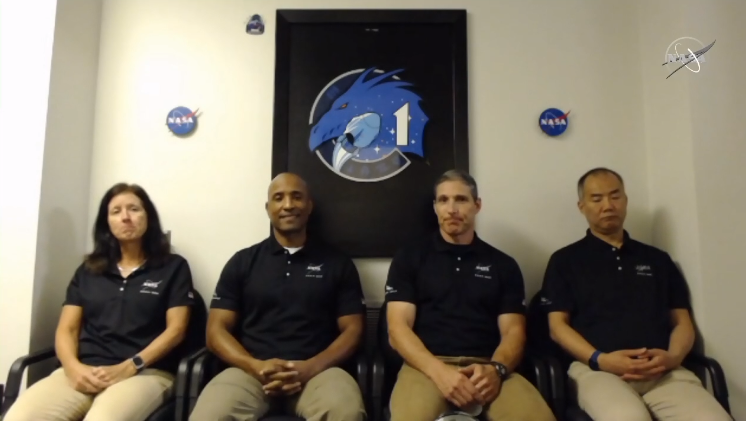 Four astronauts arrived Sunday at the Kennedy Space Center ahead of a planned launch to the International Space Station this weekend. The crew is launching on SpaceX’s Crew Dragon spacecraft.

The mission is the first operational mission for NASA and SpaceX under the agency’s commercial crew program. A test flight of the Crew Dragon earlier this year with NASA’s Doug Hurley and Bob Behnken was considered a success, leading the way for this next mission.

NASA and SpaceX are conducting a Flight Readiness Review, one of the final milestones before declaring ‘GO’ for launch.

“We do want to acknowledge that there are final preparations on the vehicle, the hardware that are ongoing as well as final reviews at the agency level,” said Hopkins. “The number of people that are supporting this launch are many. We just want to say thank you to all of them that are making this happen.”

The agency expects to announce the results of the Flight Readiness Review sometime Tuesday, with a planned launch attempt at 7:49 p.m. EST Saturday, Nov. 14, from Launch Complex 39A at KSC. The Crew Dragon is scheduled to dock to the space station at 4:20 a.m. Sunday, Nov. 15.