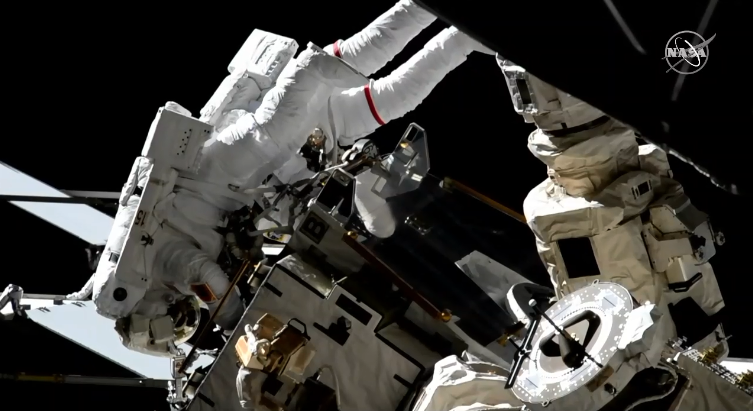 NASA astronauts have wrapped up the second spacewalk in just a week to replace aging batteries on the International Space Station.

Astronaut Christina Koch along with Nick Hague spent more than six hours outside the station replacing its nickel-hydrogen batteries with more efficient lithium-ion replacements. These batteries store power collected by the solar wings and keep the station running when it’s on the night side of Earth.

Koch was scheduled to perform the task with NASA’s Anne McClain, but there weren’t enough medium-sized suits readily available. It would have been the first all-female spacewalk. NASA says that milestone is “inevitable,” but the agency doesn’t have anything scheduled just yet.

It was Koch’s first spacewalk, which makes her the 14th female spacewalker.

A third spacewalk is planned for April 8 to continue the work with NASA astronaut Anne McClain and Canadian Space Agency astronaut David Saint-Jacques. The duo will install upgrades to the Canadian-built robotic arm and install cables to provide more expansive wireless communication coverage outside the station.

Koch and Hague arrived at the station only two weeks ago on a Russian space capsule. Soon, NASA astronauts will launch from Florida thanks to commercial partners SpaceX and Boeing. The first human launch of those capsules, starting with SpaceX, could happen later this year.