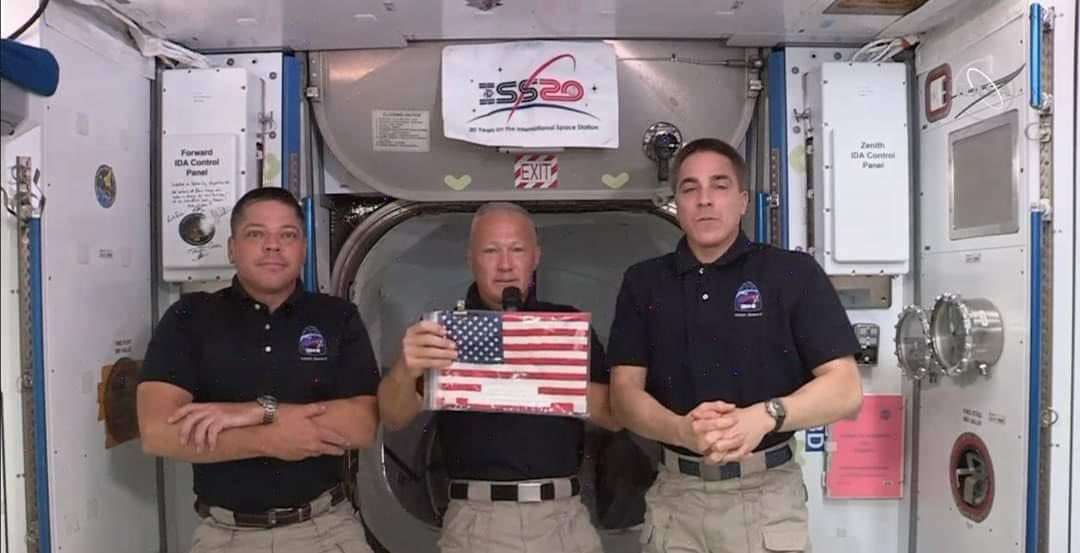 NASA astronauts on board the International Space Station have captured an American flag left by the last space shuttle mission.

The crew of STS-135 left an American flag on the Shuttle’s last mission to the space station 9 years ago. The flag was left for the next crew launched from the United States to capture it.

Now, thanks to commercial partner SpaceX, the pilot of that last space shuttle mission Doug Hurley has secured the flag.

“We are lucky enough to be able to take it home with us and that’ll be our plan,” said Hurley from the station.

Hurley, along with astronaut Bob Behnken, launched from Kennedy Space Center Saturday on the first human mission from the U.S. in nearly a decade. Their launch ends a nearly decade-long reliance on the Russian space agency Roscosmos on rides to the ISS.

“I think the important point is just returning launch capability to the United States to and from the International Space Station,” said Hurley. “That’s what this flag really means”

Hurley and Behnken will remain on the station for at least a month before returning to Earth, splashing down off the coast of Florida.