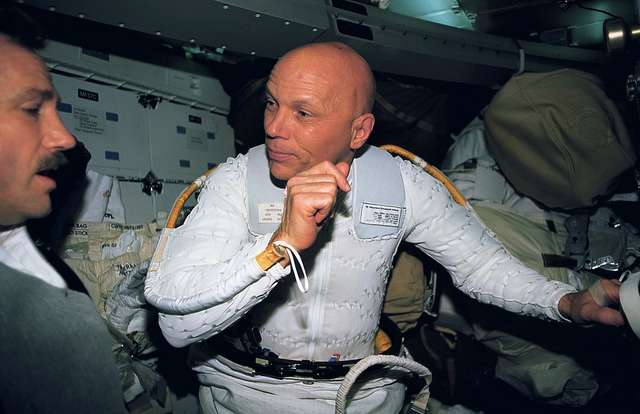 There has only been one person who has flown on all five space shuttles. His name is Story Musgrave. He’s been to space six times.

Musgrave led the team that serviced the Hubble space telescope in orbit, fixing a flaw in the $1.5 billion observatory while it was more than 300 miles above Earth.

“I know how to fix stuff,” said Musgrave. “If you look at the path I took, it’s leading to Hubble. No one at the time had the skills or the imagination to create solutions to the problem.”

Story has a humble background coming up as a farm-boy who eventually dropped out of school. He joins the program to talk about his rise from farm-boy to rocket-man and why having an imagination is one of his best assets.