Astronaut launches are returning to the U.S. For each, this family sends NASA roses 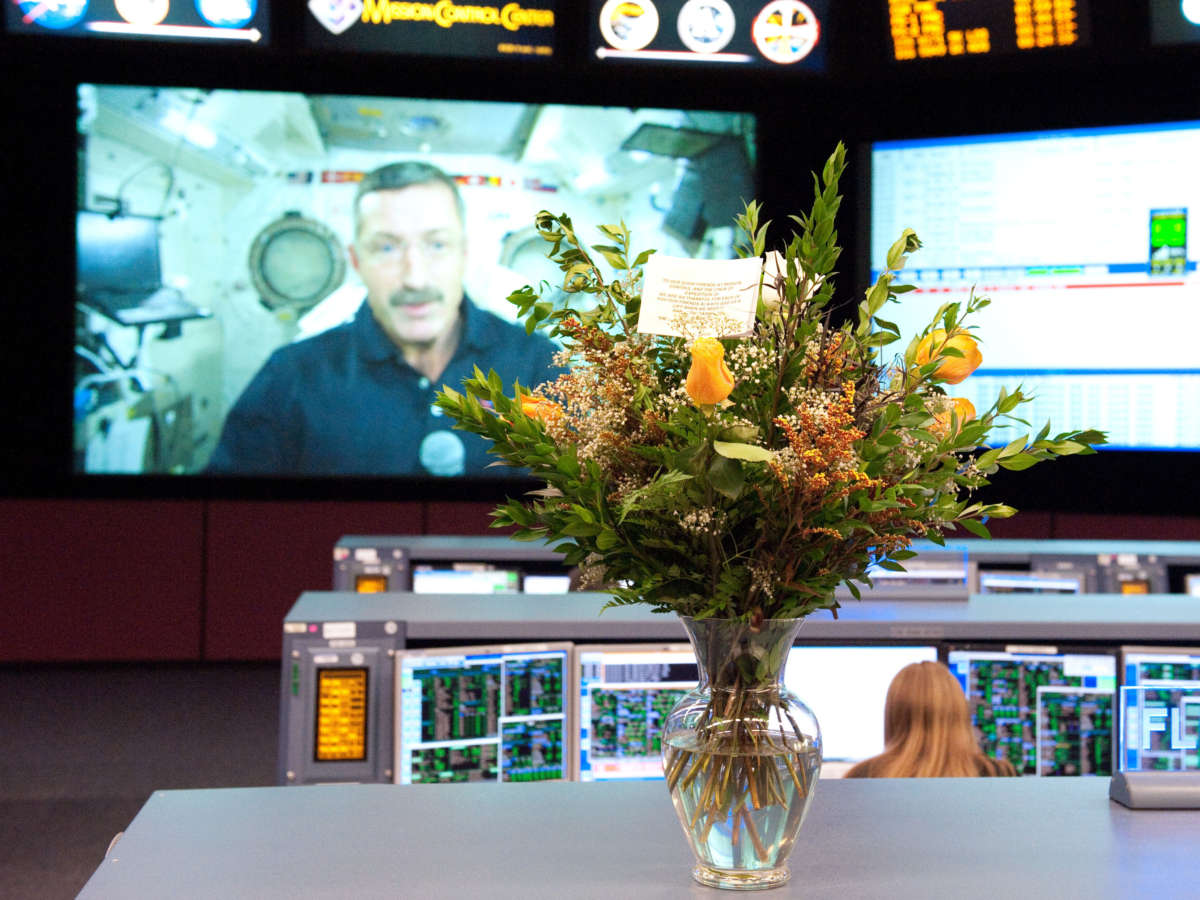 Before each mission with NASA astronauts, the Shelton family sends a bouquet of roses to the Mission Control Center at the Johnson Space Center in Houston.
Image credit: James Blair

NASA and private rocket company SpaceX are set to launch four astronauts to the International Space Station Sunday morning from the Kennedy Space Center in Florida. It’s the fifth human launch into orbit from the U.S. since the end of the Space Shuttle program in 2011.

Inside NASA’s Mission Control Center in Houston, Texas, there will be a bouquet of roses. It’s a long-standing tradition started by one Texas family in 1988 to show its support to the people responsible for the safe launch and return of NASA’s astronauts.

Mark Shelton never worked for NASA, but he followed the space program from the beginning — from the early Mercury missions, the Gemini flights and the Apollo moon landings. “I always wanted to be an astronaut.”

He watched the Shuttle program through 1986, during the launch for Space Shuttle Challenger. Seventy-three seconds after liftoff the orbiter exploded, killing all 7 astronauts.

“Today is a day for mourning and remembering,” said President Ronald Regan in an address to the nation. “Nancy and I are pained to the core over the tragedy of Shuttle Challenger. We know we share this pain with all the people of our country. We know this is truly a national loss.”

NASA investigated the tragedy and resumed flying the shuttle two and a half years later.

For that first flight since the Challenger disaster, Mark, Terry and their daughter MacKenzie decided to send a bouquet of roses. Mark called a florist near NASA’s Johnson Space Center and ordered six roses — five for each of the astronauts returning on Space Shuttle Discovery’s mission, the first since the Challenger accident, and one white rose to represent the lives lost.

He wasn’t sure it would even get to mission control, let alone on time. He watched the landing during lunch, then returned to work.

“A phone rang off my desk,” he recalled when he returned to the office. It was NASA flight director Milt Heflin. “I was just in shock. I couldn’t believe it. They’re busy, they’ve got so much to do. How can they possibly be calling me?”

The roses made it. And they wouldn’t be the last. For 23 more years, Mark Shelton continued the tradition during the Space Shuttle program.

“It meant that there were people out there who paid attention,” said Paul Dye, who was in mission control for the first bouquet. “They were interested not only in the flights, the vehicle, the crew and the mission, but understood that there were a vast number of people on the ground supporting them, and caring for them. That affected us.”

NASA’s Mission Control Center is responsible for the safety of every mission and the astronauts on the International Space Station. It’s a highly trained group. While they’re not superstitious they do come to rely on certain things — like the roses from the Shelton family.

“I do remember one mission where they were delayed quite a bit,” said Dye. “We were more worried about the Shelton’s to find out what had happened to them than we were about anything that was going to affect our mission. They kind of became de facto members of the team.”

The Sheltons sent over 100 bouquets to NASA’s Mission Control Center including 14 white roses for the last Space Shuttle flight, symbolizing the lives lost in both the 1986 Challenger explosion and the 2003 Columbia accident.

The bouquet is visible to the flight controllers in the Mission Control Center. “It was always prominent, but it was never in the exact same spot,” said Dye, who retired from NASA in 2013 as the longest-serving flight director.

Mark Shelton said they do this because there are people outside of NASA rooting for the flight directors but it also serves as a symbol of the immense responsibility of those working in NASA’s Mission Control Center.

He says every card that accompanies the flowers says something different, but it’s always signed the same: Godspeed. Mark, Terry and MacKenzie.