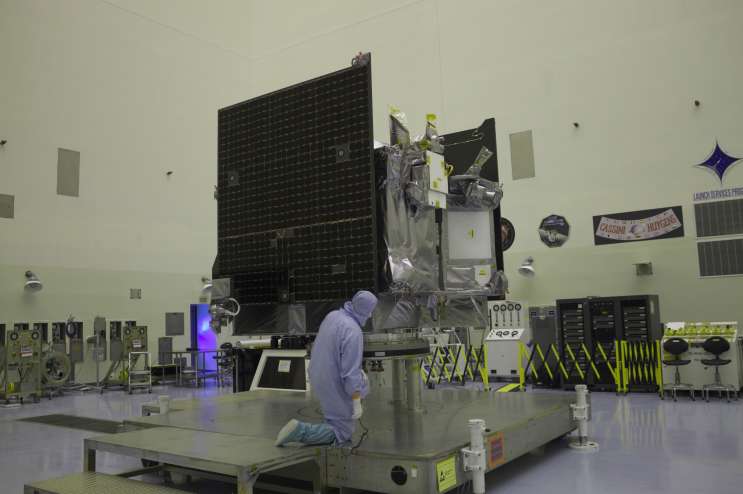 Technicians are putting the final touches on a spacecraft heading to a near earth asteroid.

OSIRIS-REx is a spacecraft launching in two weeks heading to the asteroid Bennu. The plan is to get close enough to the surface and collect at least two-ounces of asteroid dust.

Scientists hope to fine what the call prebiotic materials. These are organism that can help us understand how life started on Earth.

They’re going to collect and send back the sample from the asteroid, a first for a US space program. While there, they hope to map the asteroid – and also figure out how the sun’s radiation might change the way the asteroid behaves in orbit. That will help determine if near-earth asteroids pose a threat to us.

The plan is to archive at least 75 percent of what the spacecraft finds for future scientists.