As voters head to the poll, the state of the economy is top of mind 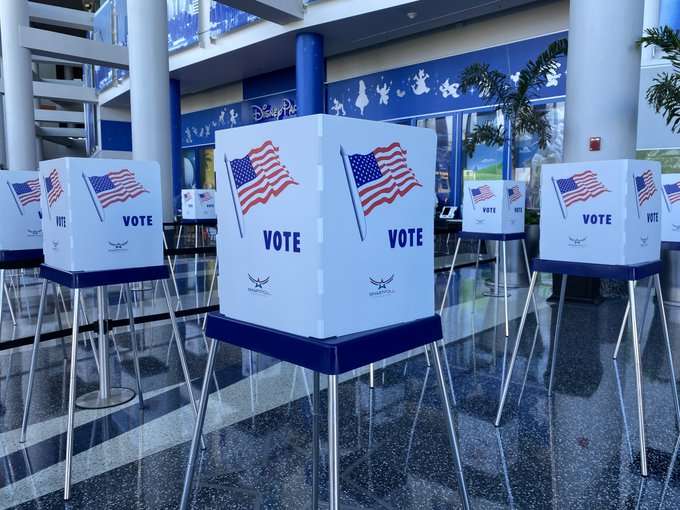 Central Floridians are heading to the polls today and issues like inflation are at the top of many voters’ minds.

WMFE’s Talia Blake caught up with Sean Snaith, director of the Institute for Economic Forecasting at the University of Central Florida, to talk about the role the economy plays as voters cast their ballots.

As Central Floridians head to the polls today, many have the current state of the economy at the forefront of their minds.

” In 1992, that election, James Carville was an advisor to candidate Bill Clinton,” said Snaith. “And he made a statement about that election, that ‘it’s the economy stupid,’ meaning that voters really vote on their pocketbook.

Snaith said the economy is in a difficult place and inflation has many people struggling.

“But more importantly, sort of the big three of consumers budgets, which are food, shelter and transportation,” said Snaith. “The cost of housing and the cost of food are all rising or have been rising at a double digit percentage rate. So, I think that really has to be in the forefront of most voters minds as they go to the polls today.”

When voters cast their ballots, they’ll be deciding on transportation sales tax that will raise the sale tax from 6.5% to 7.5%. The money generated from that sales tax would go towards fixing transportation issues in Orange County.

Snaith said the majority of people are dealing with the struggles of daily life and don’t have the time to ponder whether a higher sales tax now will benefit us in the future.

“The concern is that that override sort of this longer view that this is going to help us with, ‘oh, do I really want to have to pay a higher sales tax today, when I’m already struggling’,” said Snaith. “That kind of short sightedness, on behalf of the electorate, concerns me a little bit about the success of this initiative.”

But Snaith said the longer we don’t address the transportation network in Central Florida, the longer the problems of having insufficient transportation are going to persist in the future. “And one of those key problems really is the affordability of housing,” he said.

Even if the results get certified, Snaith said Orange County Commissioners will have to revisit it.

“These efforts to try to alter, manipulate or dictate the outcomes of market forces virtually always end up in a failure at some level,” he said. “That is there are unintended consequences, the opposite of what was intended, takes place.”