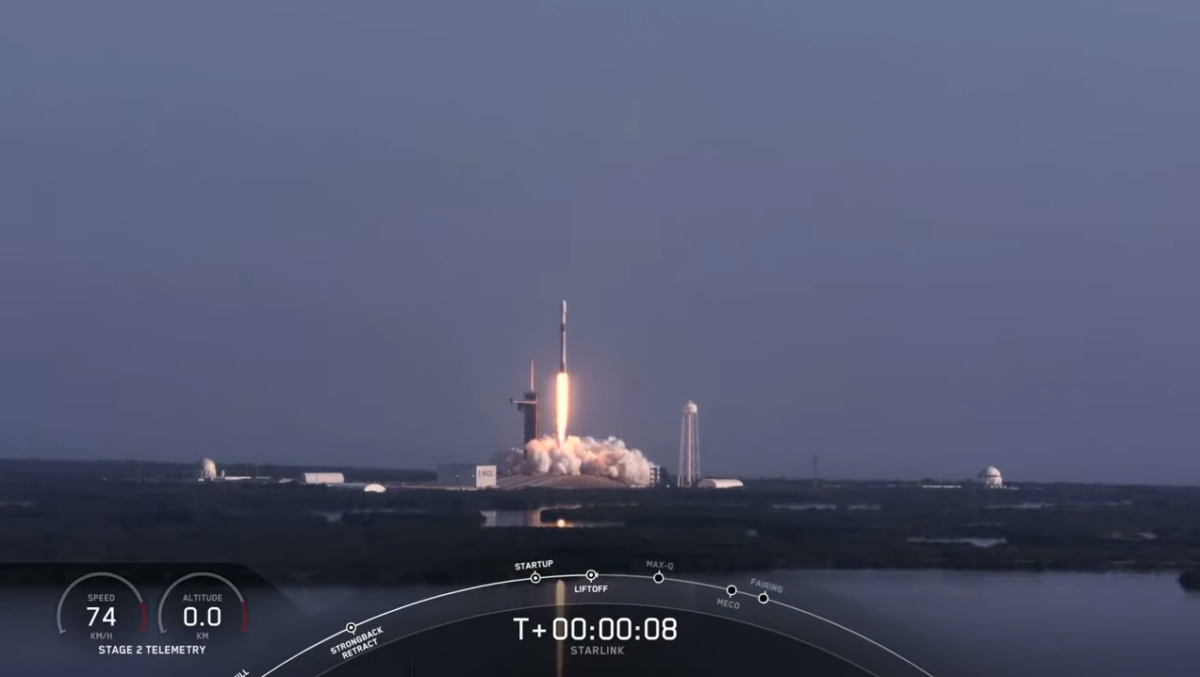 SpaceX launched another batch of around 60 Starlink satellites Thursday from Cape Canaveral. There are now close to 700 of SpaceX’s internet constellation satellites orbiting the Earth.

The goal is to blanket the globe with broadband access, using these satellites to beam internet signals down to receivers on Earth. Unlike ground-based internet infrastructure, Starlink can reach users in remote places like rural towns, on the ocean or even in the air.

SpaceX said early testing of the system shows good results. The company said latency, the time it takes a signal to travel to its destination and back, is “super low.” Initial tests of the system’s download speeds are exceeding 100 megabits per second — fast enough to stream multiple HD movies at once.

The launch Thursday was Starlink’s 12th mission, launching on a Falcon 9 rocket. SpaceX landed the first stage booster on a barge in the Atlantic ocean with plans to recycle it for a future launch. SpaceX routinely recovers launch hardware for resuse, lowering the cost of access to space.

The company still has work to do, with plans to launch thousands of these satellites to complete the constellation. Other companies like OneWeb and Amazon also have plans to deploy a space-based satellite internet system.

Astronomers are weary of the thousands of new satellites in orbit. Some SpaceX Starlink satellites appear on astronomical observations, obscuring views of the night sky. SpaceX is working to mitigate Starlink’s effects on astronomy by equipping the satellites with special sunlight shields and sharing orbital data with the science community.

The Starlink launch comes just days after SpaceX launched the first polar mission from Florida since 1969, sending an Argentinian satellite southward to reach an orbit that crosses the poles of the Earth.