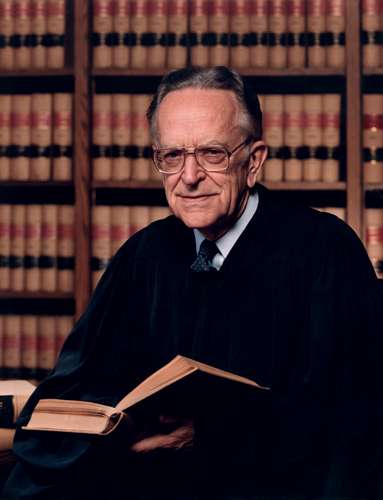 January 22 marked 45 years since the Supreme Court ruled on Roe v. Wade.  But tensions over abortion rights have always simmered in the Sunshine State.  An example: the 2015 bill that enacted a 24-hour waiting period for women seeking an abortion in Florida. The law has since been ruled unconstitutional.

Then there’s the flip side: the advocates, like Sally Blackmun, a former chairwoman for Planned Parenthood of Greater Orlando – someone who carries a story intertwined deep within the details of Roe v Wade. Blackmun falls silent for a moment when asked about the legacy of her late father, Supreme Court Justice Harry Blackmun, who is best known for writing the Roe v Wade decision. Years before the decision, there was a situation in Sally Blackmun’s life that may have later influenced her father’s opinion on the matter.

In December 1966, at age 19, Blackmun learned that she and her boyfriend were expecting a child. Her older sister suggested she have an abortion, but Blackmun decided otherwise at the time.  So she married her boyfriend not long after. She miscarried three weeks later. And then she and her husband split within a few years. Asked if she would have terminated her pregnancy had it been safe and legal, Blackmun says, “Probably, yeah.”

Today, more than 920,000 women obtain an abortion every year in the U.S. According to data, it’s one of the safest surgical procedures a woman can obtain. But the anti-choice’s pushback isn’t about medical safety, and it won’t die easily. No matter the attacks, Sally Blackmun says her father’s legacy will persist.