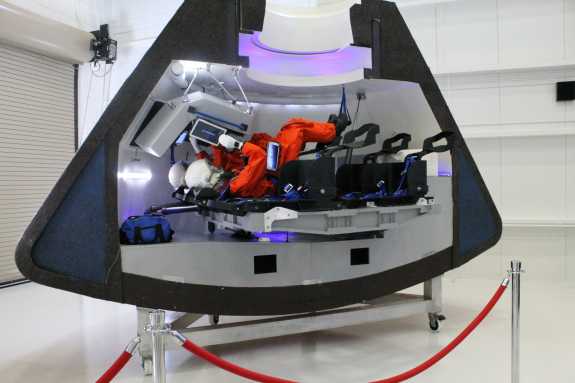 Escalating unrest in the Ukraine is adding urgency to NASA’s decision on the space craft that will replace the shuttle.

The space agency is expected to announce any day the space craft that will fly astronauts to the International Space Station.

Two candidates – Boeing’s CST-100 and Sierra Nevada’s Dream Chaser – rely on the Atlas V rocket to launch into space. But the rocket is powered by the Russian-built RD-180 engine.

“It’s the workhorse for the military and national intelligence payloads that get into space at present, so that’s what the Russians were threatening to cut off.”

Russia threatened to end access to the RD-180 engine after the United States imposed sanctions because of the conflict.

American astronauts have flown with Russia since the shuttle program ended.

The Air Force is soliciting ideas for replacing the RD-180 engine. But Ketcham says that’s an expensive proposition, and the funding is unlikely from a grid-locked Congress.

The third space craft NASA is considering is SpaceX’s Dragon.