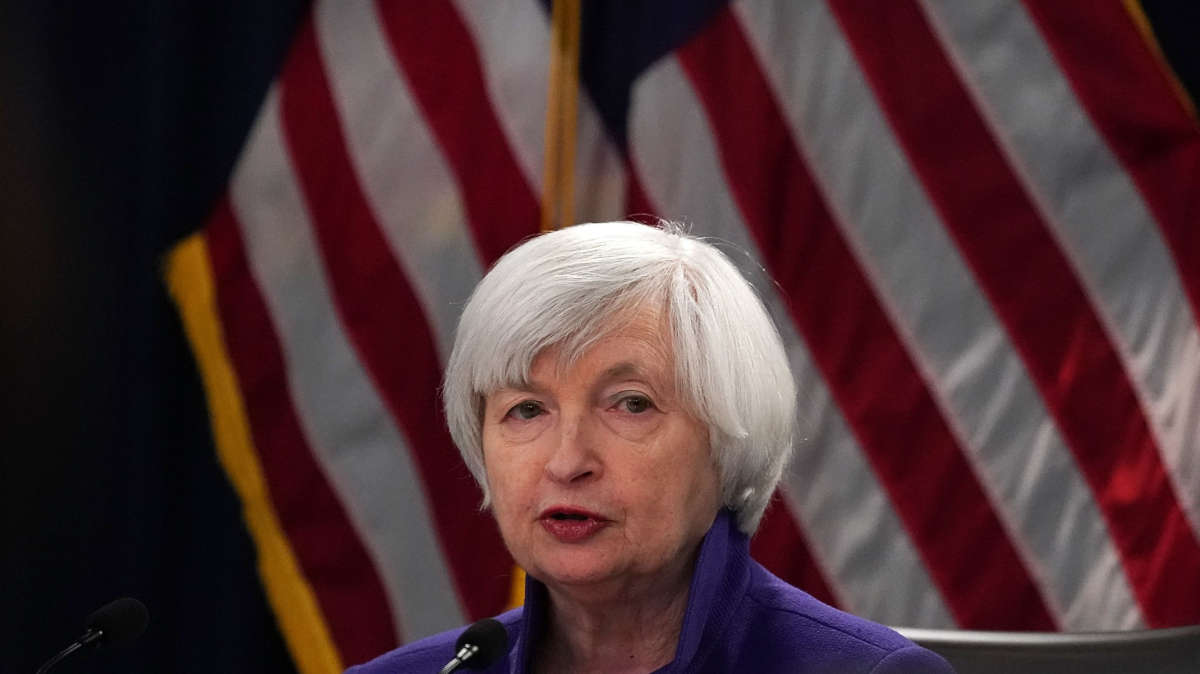 Janet Yellen, seen here in 2017, would be the first female treasury secretary in U.S. history, if confirmed by the Senate.
Image credit: Alex Wong

With the number of confirmed coronavirus cases spiking and the nation’s job market struggling to pull itself out of the abyss caused by the pandemic, President-elect Joe Biden has formally announced the advisers he hopes can guide the United States back to solid economic footing.

The six-person economic team Biden has tapped — which was revealed on Monday — is a who’s who list of veterans who served in previous Democratic administrations and, if confirmed, includes a number of historic firsts.

Speaking from Wilmington, Del., Tuesday, the president-elect referred to the group as “first-rate” and well-equipped to meet the dual challenges the pandemic and the sputtering economy present.

“A team that’s tested and experienced, it includes groundbreaking Americans who come from different backgrounds but who share my core vision for economic relief here in the United States of America,” Biden said.

He cited the two-track economic recovery amid the pandemic, in which working people continue to struggle while the wealthy get further ahead. Biden said Congress should come together to pass a “robust” aid package, but also repeated his call for “immediate relief” in the lame-duck period, before he takes office.

He also laid out a laundry list of economic goals that must be addressed early on in his administration. These include keeping businesses and schools open safely, delivering economic relief for those who have lost jobs or had hours cut, stabilizing the nation’s health care system and addressing racial inequities the virus has laid bare.

“Our message to everyone struggling right now is this: Help is on the way,” Biden said.

The incoming administration’s economic team is led by Janet Yellen, a former Federal Reserve chair who Biden nominated for treasury secretary. Yellen would become the first woman to lead the department in its 231 years of existence.

Other nominees and appointees include Cecilia Rouse, who was selected to be chair of the Council of Economic Advisers. Like the treasury secretary, the post requires Senate confirmation.

And should she be confirmed, Rouse, who currently serves as dean of the Princeton School of Public and International Affairs, would also be a trailblazer.

She would be just the fourth woman and the first Black woman to lead the CEA since it was established nearly 75 years ago.

Other Biden-Harris transition economic appointees include Jared Bernstein and Heather Boushey as members of the CEA. Both served as economic advisers to Biden during his time as vice president.

Perhaps no other name on Biden’s proposed economic team has created more blowback from Republicans than Neera Tanden. She also needs Senate confirmation to serve as Biden’s director of the Office of Management and Budget.

Tanden — who is the CEO of the left-leaning public policy organization the Center for American Progress and a veteran of both the Clinton and Obama administrations — would be the first woman of color to lead OMB.

But as rumblings of her nomination began to surface over the weekend, Republicans cast immediate doubt on her chances of getting confirmed.

“Neera Tanden, who has an endless stream of disparaging comments about the Republican Senators’ whose votes she’ll need, stands zero chance of being confirmed,” tweeted Drew Brandewie, a spokesman for Senate Majority Whip John Cornyn, a Texas Republican.

Republican Sen. Chuck Grassley of Iowa struck a much more conciliatory tone on Capitol Hill Monday when asked about Yellen as treasury secretary.

“I believe she’d get a favorable view,” Grassley said, adding he didn’t want to make a judgement on her nomination until the confirmation hearings have transpired.