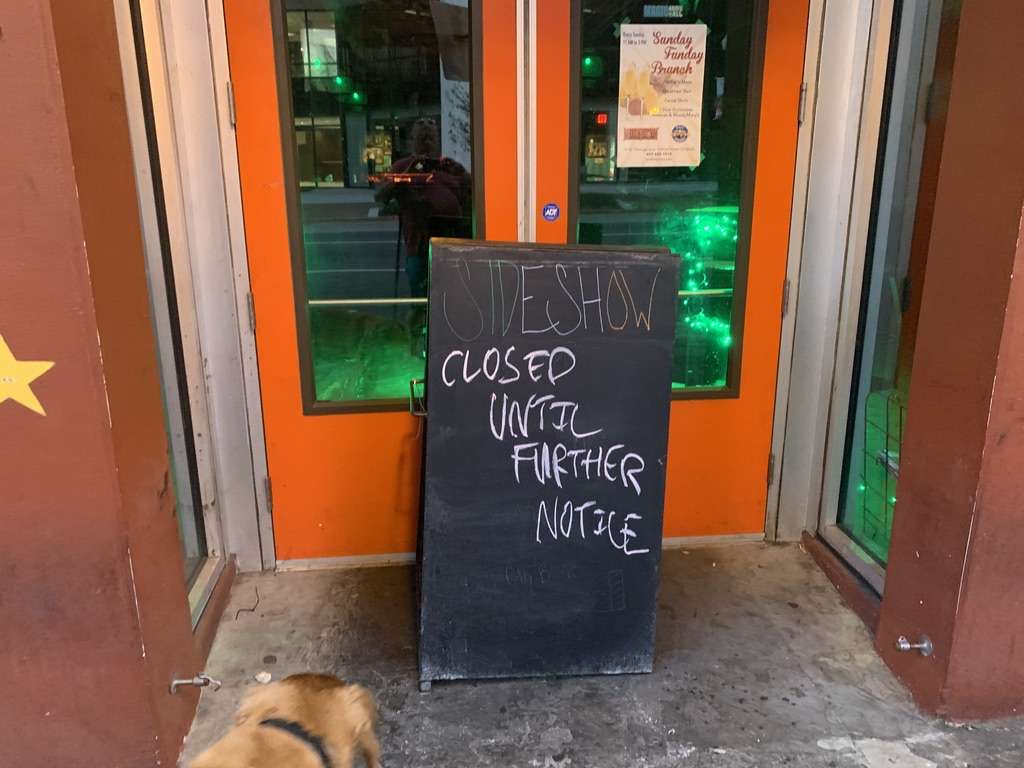 Local businesses are already feeling the impact of coronavirus as bars and restaurants shutter and residents stay at home.

Earlier this week, state and local leaders took a bold step to limit the spread of the virus — shutting down bars to limit social gatherings.

The move brought his business to a grinding halt. Most of Rockpit’s business comes from sales in its taproom. Under new guidelines, Rock can’t serve beer — but he can offer it to-go. While that might help shore up sales during the bar ban, the greater impact will be on his 13 employees.

“Most of our employees aren’t on salary. They’re bartenders. So when it comes to their salary being affected, it’s significant,” said Rock.

Mary McGin’s Nook on Robinson bar in the Milk District of Orlando has closed its doors for at least 30 days. She’s the bar’s co-owner who relies on tips from patrons to make her income.

“I think we do have a couple months of runway as a business. If we cut off our Spotify and get rid of all the excess fat, we should be okay,” said McGin. “But personally, our income comes from tips. So we’re personally a little concerned, but our business should be okay.”

Other industries are also feeling the pain. Caysee Clark owns a home cleaning service. She said due of safety concerns, she’s not taking any new clients. The clients she does have? She worries that they, too, might be under financial strain and have to cancel her services.

“That would be very scary for it to get worse and worse, because I have had a few cancellations,” said Clark. “I’m hoping that they don’t just keep trickling in to the point where we don’t really have anything to sustain anymore.”

That knock on effect could have disastrous consequences to a region whose workforce is so tied to the hospitality and tourism industry. For McGin, her regulars are out of work, too. She fears that when the ban on bars is over, her watering hole will still be empty.

“I think it’ll have an impact on our business in the future because most of our customers and regulars are in the service industry or work in entertainment, doing conferences and events and things like that. So I do think it’s gonna have some ripples effects beyond the 30 days of shutdown,” she said.

Governor Ron DeSantis activated an emergency SBA loan program for businesses in the state that hire between two and 100 employees. They’re eligible for up to $50,000 dollars in loans, interest free for a year.

While Casey Clark plans to take advantage of the program for her cleaning business to stay afloat, the uncertainty of the region’s economic future gives her pause.

“I would hope that $50,000 would be enough to at least float us for the next couple of months to survive,” she said. “It would be scary to take on a huge loan as a small business when you don’t even know what the future holds.”

Senator Marco Rubio said Congress is working on a federal loan program that will offer assistance to all small businesses. In the proposal, he says any money used to help cover payroll will be forgivable. He said the goal is to “get cash to businesses fast.”

For Mary McGin – she’s hopeful the city will help her business come back. “I think everyone’s really, really nervous and scared. I subscribed to delusional optimism. So that’s just how I roll.”