As Climate Change Makes Storm Relief Work ‘Harder And Harder,’ NGOs Try To Get Ahead Of Curve 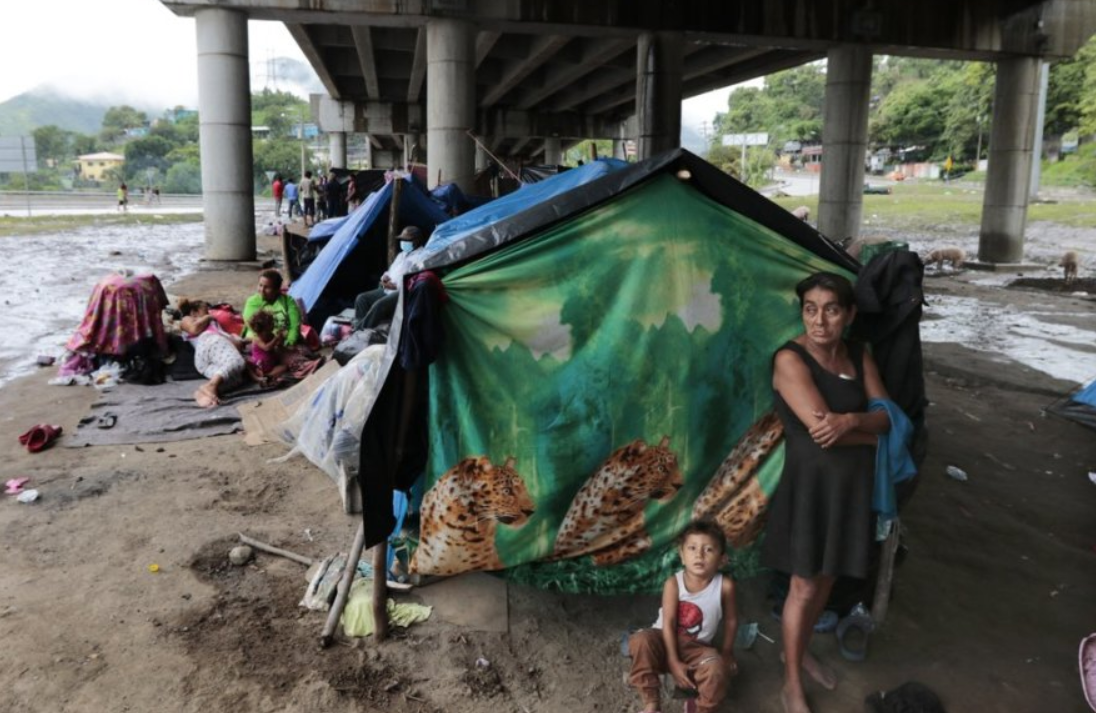 Hondurans left homeless by Hurricanes Eta and Iota last November living in tents on the only patch of dry ground they can find, under a highway in the northern city of San Pedro Sula.

Tuesday is the start of hurricane season — and a big reminder, say disaster aid organizations, that last year left little doubt climate change has made hurricanes stronger and stronger hurricanes more frequent. Groups like South Florida’s Food for the Poor acknowledge the phenomenon confronts them with “harder and harder” challenges.

The 2020 Atlantic hurricane season was indeed a record-breaker: the most named storms ever recorded; the most hurricanes of Category 4 or 5 strength — and storms of that magnitude forming later than ever in the season, like Hurricane Eta and Iota that hit Central America in late November.

“I’d acknowledge it does make it harder — we’re all expecting this to get harder and harder,” said Ed Raine, who heads Food for the Poor in Coconut Creek, which played a big relief role last year after Central America’s hurricanes.

“We’ve had to look at all of our practices and say, ‘Are we in a position to respond adequately?’”

Food for the Poor and groups like it are trying to get ahead of the climate change curve this year. Food for the Poor is sending more disaster kits to countries it serves, everything from water purification packets to tarps. They’ll go especially to countries whose own disaster services have been weakened by the pandemic.

“A lot of them started shipping in April,” said Raine. “We really got ahead of the season. We’re definitely needing to be there for those countries.”

Food for the Poor is taking donations for its hurricane supply drive this week during Florida’s sales tax holiday for hurricane preparedness.