As Children’s COVID Cases Surge, There’s Another Virus On The Rise 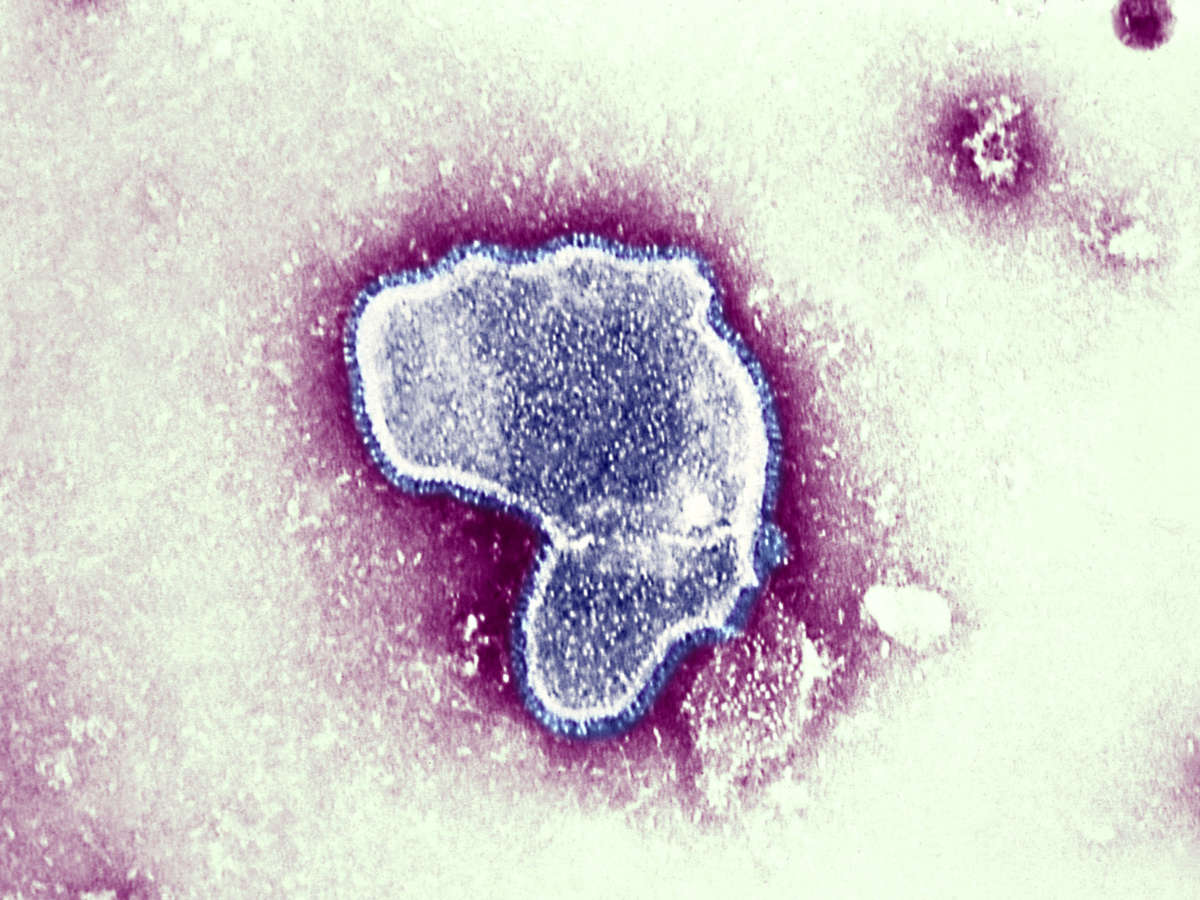 At the moment there is little data available on the impact of contracting COVID-19 and the respiratory syncytial virus (pictured), and whether together they can make a person sicker. But health officials worry it could put young patients — who are not eligible for the coronavirus vaccine — at greater risk.
Image credit: BSIP/UIG Via Getty Images

Early versions of COVID-19 largely spared children but the delta variant proved to be much less discriminating, and has led to more child hospitalizations. Now, health care workers on the front lines say there is another frightening prospect looming: a surge in children diagnosed with a combination of COVID-19 and respiratory syncytial virus.

Pediatric hospitals in Texas — and around the country — are reporting unseasonably early outbreaks of RSV, a respiratory virus that mostly manifests as a mild illness with cold-like symptoms in adults but that can cause pneumonia and bronchiolitis in very young children. The CDC reports it can be life-threatening in infants and young adults.

At Texas Children’s Hospital in Houston on Thursday, 25 of 45 hospitalized pediatric patients were diagnosed with RSV as well as COVID-19. “A hospitalization rate much higher than for either virus alone,” according to officials.

At the moment there is little data available on the impact of contracting both viruses and whether the two together can make a person sicker. But health officials worry it could put young patients — who are not eligible for the vaccine — at greater risk.

“But last year, during all of the COVID-19 outbreaks and all of our social restriction measures, we did not see RSV the way we normally see it,” Dr. Pia Pannaraj, an infectious diseases specialist at Children’s Hospital in Los Angeles told NPR.

That meant infants and young children who would have gotten it last year, didn’t. Now, as many states have lifted mask mandates and other restrictions, Pannaraj says, doctors are starting to see a resurgence of the virus.

In Texas, the spike began in the final week of June.

“This is definitely earlier than normal,” she said.

The absence of widespread RSV last season means that “babies up until about a year and a half or two years of life are at risk,” Pannaraj explained, saying that parents and doctors will have to be extra vigilant for symptoms, including coughing, lack of appetite, and excessive sleeping and lethargy. They can also suddenly stop breathing.

In many ways, she noted, they’re similar symptoms to COVID-19. “So [parents and physicians] need to look out for both of those infections.”

It’s not just a Texas thing

Pannaraj says the RSV surge began in southern states, many of which are in the fourth wave of the pandemic. But there is now evidence of a spread across the country, including Los Angeles.

“And it’s on its way up,” she said, adding that it is difficult to project if the number of cases will peak where they do during non-pandemic times.

At this point, she noted, some states have already reported cases as high as they would typically be in the winter. Other states have experienced short-lived spikes that go up and down.

It’s likely officials will see a decline in RSV infections in places that are renewing indoor masking mandates and social distancing, she said.

So far Southern California has not seen many co-infections — meaning a person has both COVID-19 and RSV, according to Pannaraj.

“But that doesn’t mean that it won’t happen,” she remarked. “In fact, we probably have to assume that it will happen.”

It’s likely a matter of a few months, she said.