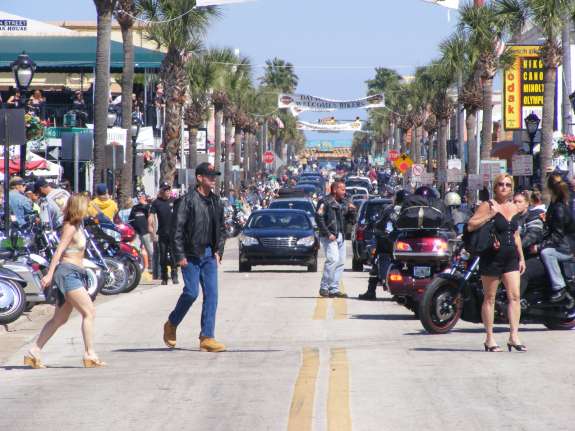 The latest figures show more motorcycle crash fatalities are in Florida than in any other state.

That’s as Bike Week starts this weekend in Daytona Beach.

The number of motorcycle crash fatalities in Florida jumped 30 percent in 2015, according to the most recent data available. More than 600 people died, the highest number on record.

Josh Carrasco of AAA says the numbers are alarming. Florida is among some 30 states without a law requiring all motorcyclists to wear a helmet.

“A recurring theme that we see in the data is when it comes to these crashes and fatalities is speeding, impaired driving and of course not wearing a helmet.”

Brevard, Orange and Volusia counties had some of the highest numbers of motorcycle crash fatalities in the state.

Bike Week extends through next weekend.