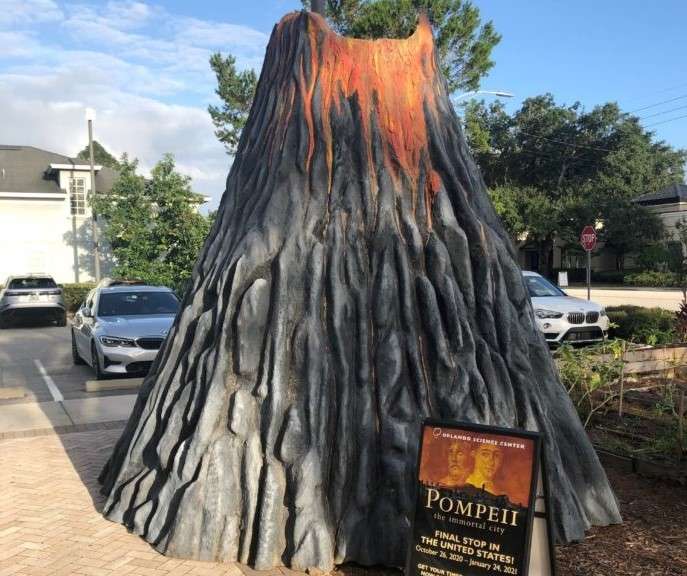 Image of volcano at the East End Market courtesy of Orlando Science Center. The volcano "erupts" every ten minutes through October 4th.

A red-hot partnership between the arts and sciences has erupted in Central Florida ahead of a blockbuster upcoming exhibit at the Orlando Science Center.

The “Pompeii: The Immortal City” exhibit comes to the science center October 26th for its last appearance in the United States.

Find more information on the “Pompeii: The Immortal City” exhibit at the Orlando Science Center’s website.