Artist John Sims: “The Confederate Flag: A Call to Burn and Bury” 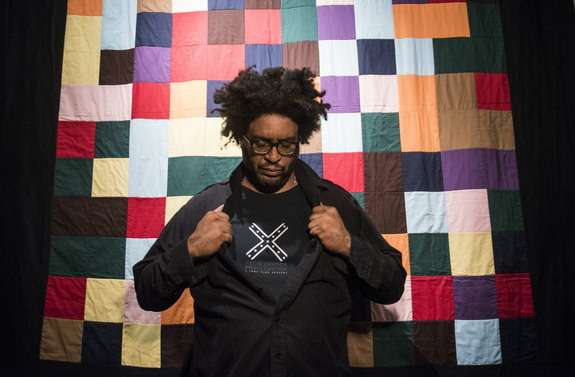 The May 18 press release for John Sims’ 13 Flag Funerals was intentionally low key. The Sarasota-based conceptual artist announced that in each of the 13 Confederate states, a Memorial Day “funeral” would be held for the Confederate flag. The services were meant to mark the 150th anniversary of the end of the Civil War with “reflection, remembrance and closure.”

The announcement immediately caught fire in the public sphere. A performance art project was seen as a purely political statement. Commentary exploded in the national media. The Florida organizer received threats of physical harm, and his employer was called upon to fire him. But on May 25th, the ashes of a Confederate flag were scattered in the Greenwood Urban Wetlands while a eulogy was read.

Three weeks later, with national debate raging around the flag after the church shootings in South Carolina, it seems this symbol has not been laid to rest.

When I asked Sims what he thought the burials had accomplished, he replied: “Just getting started.” Three days later he announced a new project. “The Confederate Flag: A Call to Burn and Bury” extends his flag funeral project nationwide on July 4th.

Sims hopes to combat messages that, quote, “visual terrorism is sustainable and Black Lives Don’t Matter.” But will this round of burials simply force the flag underground? Symbols are awfully hard to kill.