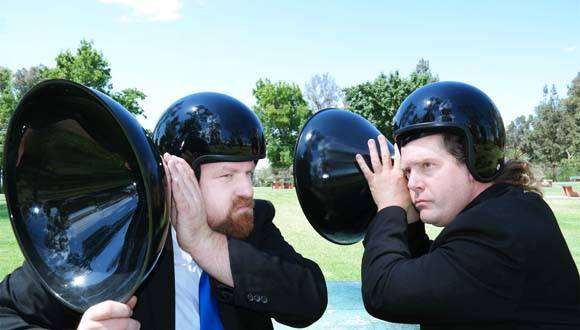 Signal to noise ratio: It’s the proportion of useful, valuable information to worthless background static in any system. This year’s Art in Odd Places festival, happening Friday through Sunday, takes ‘Noise’ as its theme, but judging by past years, the festival promises to offer a high ratio of signal to noise: plenty of good work, very little rubbish.

More than 34 artists from around the country will take over downtown this weekend, inhabiting and enlivening the sidewalks, streets and building surfaces. In its third year in Orlando, Art in Odd Places has found its sweet spot, striking the balance between artistic freedom and administrative oversight that’s required of all city-sponsored festivals. Barbara Hartley, executive director of the Downtown Arts District, produces Art in Odd Places, among other downtown arts events. This year, she asked Julian Chambliss and Rachel Simmons, both professors at Rollins College, to co-curate.

Chambliss says that the theme of noise “was broad enough to allow a range of experimentation, and specific enough to inspire ideas.” 2017’s crop includes a higher-than-average number of sound-based artworks, from improvised protest songs to interwoven live dialogues to installations featuring digital and analog noises of all sorts.