Army Corps Has Experience With Earthquakes and Bombings. Now They’re Helping In Surfside 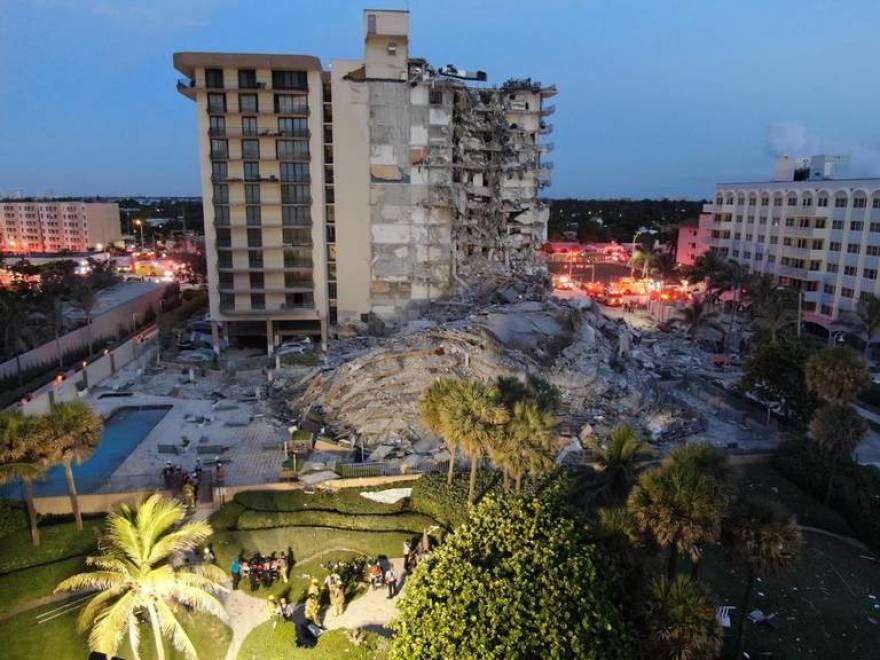 Rescue workers are assessing the stability of the site after pieces of rubble at the Champlain Tower shifted. They are being assisted by engineers from the Army agency often called in after hurricanes and other disasters.

Two days after the 13-story building collapsed, the Army Corps sent six engineers and logistics experts at the request of Florida. The team includes a structural engineer and two who specialize in geology.

“One of the big challenges is just trying to ensure that everyone is has has the same information that they’re operating from and has the same understanding of whatever accident plan is guiding the operations.”

John Campbell is the Corps’ communications chief. He says the engineers are helping investigators with the National Institute of Standards and Technology. They’re trying to determine what caused the building to suddenly collapse.

“The foundation of any structure interacts with the soil and with the geology of any particular area, so I’ll use the term marriage between foundation and the geological features in any specific area.”

Campbell says the engineers also have the expertise to help guide rescuers and ensure their digging doesn’t destabilize the rubble pile more.

“So the geotech engineers provide expertise on the risks that might be associated with those particular features.”

The Corps has also helped out after the 2010 earthquake in Haiti, the Oklahoma City bombing and the World Trade Center terrorist attack.