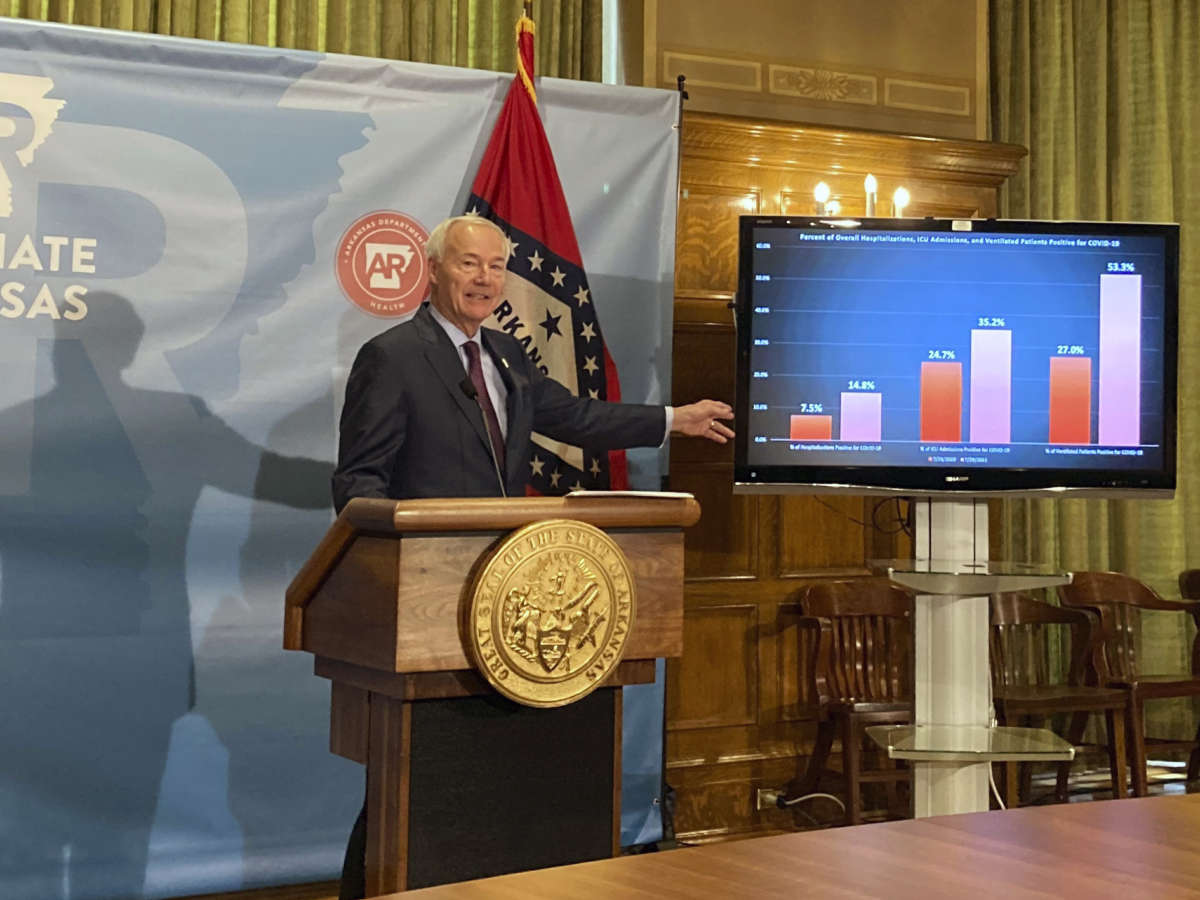 Months after he signed the bill banning state and local mask mandates, Arkansas Gov. Asa Hutchinson says he wants the law reversed to give schools the option to require face coverings when children return to the classroom.

“In hindsight, I wish that it had not become law. But it is the law, and the only chance we have is either to amend it or for the courts to say that it has an unconstitutional foundation,” he said at a Tuesday news conference.

Hutchinson has called a special session for the state legislature to change the law. During the news conference, he and Secretary of Health Jose Romero stressed that children under 12 are currently the most vulnerable group in the state because they are unable to get the vaccine.

“As of August 1st of this year, nearly 19% of all active cases are in children under 18 years of age. Those children that cannot have a vaccine at this point … account for more than half of that percentage,” Romero said.

The governor said he had signed the bill banning mask mandates in April because cases in Arkansas were low. The state had reported only 44 new cases on April 5.

“I knew it would be overridden by the legislature if I didn’t sign it, and I had already eliminated our statewide mask mandate. Everything has changed now,” Hutchinson said.

Now, the state’s public health emergency has been reinstated. With only 37% of Arkansas’ population fully vaccinated and the delta variant on the rise in the U.S., the state’s COVID-19 cases have skyrocketed. The state recorded 2,343 new cases on Aug. 3. The state reported that 1,232 people are currently hospitalized.

Hutchinson said he is still not in favor of a state-wide mask mandate.