Argentine President Is Accused In Cover Up Of 1994 Bombing 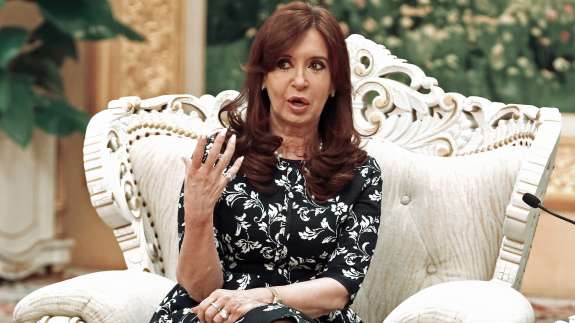 An Argentine prosecutor has formally accused the country’s president in a cover up involving one of Argentina’s worst terrorist attack.

Opening another dramatic chapter in what’s already an international tale of intrigue and possibly murder, prosecutor Gerardo Pollicita said President Cristina Fernández de Kirchner, Foreign Minister Héctor Marcos Timmerman and other top officials tried to cut a deal for oil with Iran in exchange for not punishing two Iranians implicated in the 1994 bombing of the Argentine-Israeli Mutual Association, which left 85 people dead.

In the accusation, Pollicita says the decision to “cover up” the two Iranians was made by Kirchner and it was carried out by Timmerman.

Pollicita made accusations based on an investigation started by prosecutor Alberto Nisman. This means that Pollicita plans to continue that inquest.

If you remember, just before Nisman about to the brief Congress on the accusations against the president, he was found dead at his home.

An initial autopsy had determined he committed suicide, but questions were soon raised and Kirchner herself raised further questions when she dissolved the country’s intelligence agency, saying they “needed [Nisman] dead.”

As we reported, as investigators sifted through Nisman’s home, they found a draft of an arrest warrant.

La Nacion reports that Krishner’s government got in front of the accusations earlier this week, saying that it did not have “any importance” as far as the judicial system was concerned.

Still, Aníbal Fernández, Kirchner’s secretary general, said that the accusations would be a “move designed to destabilize Argentina’s democracy.”

NPR’s Lourdes Garcia-Navarro tells us that Pollicita will now present his findings to judge Daniel Rafecas, the federal magistrate assigned to the case, who will ultimately decide whether to dismiss it or send it on to trial.