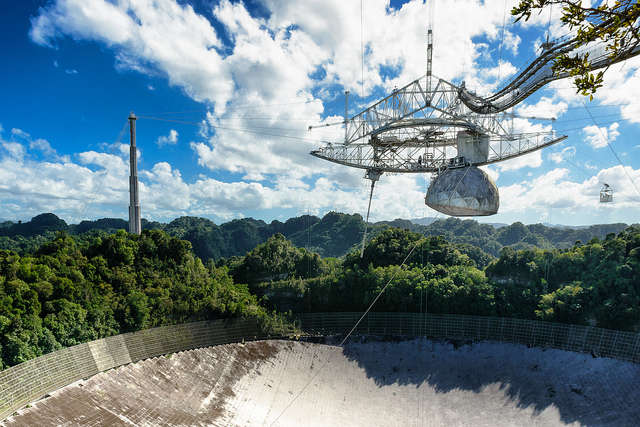 Arecibo Observatory is just one of the projects that will benefit from the new grant. Photo: Flickr Creative Commons

The Arecibo Observatory in Puerto Rico is closed for repairs after a cable broke and damaged the telescope’s reflector dish.

The University of Central Florida, which helps manage the observatory, said one of the cables supporting a metal platform above the dish broke early Monday morning.

The falling cable caused a 100 ft long gash in the reflector dish and damaged a protective dome suspended above the dish that houses some of the telescope equipment.

Observatory director Francisco Cordova said a team of experts is assessing the damage.

The 1,000 ft diameter dish makes Arecibo one of the most powerful radio telescopes in the world.

UCF manages the facility with Universidad Ana G. Méndez. The observatory is tasked with spotting nearby asteroids that could threaten Earth.