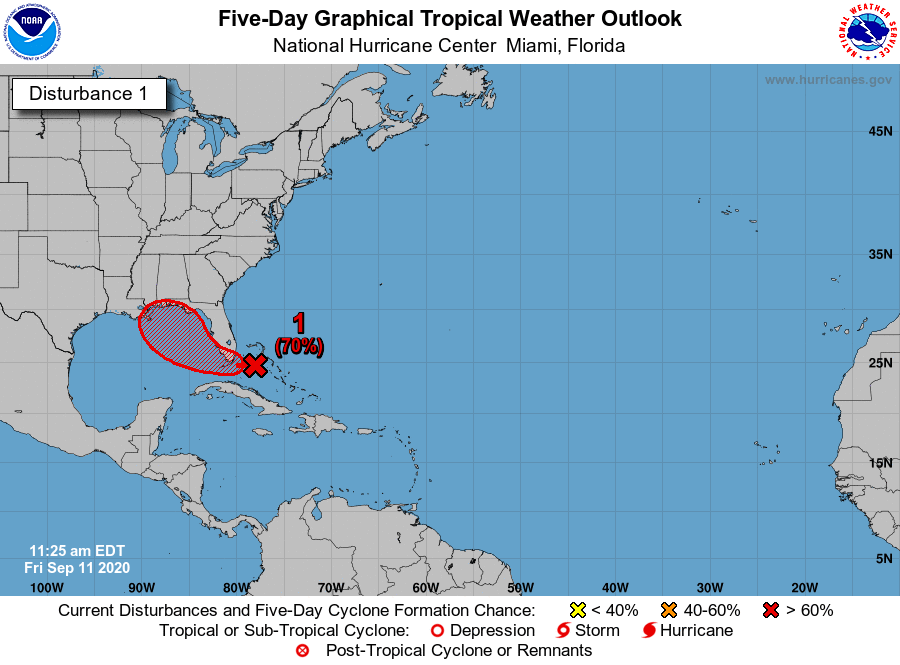 An area of unsettled weather near the Bahamas has become better organized today, and the National Hurricane Center now says it may become a tropical depression by Saturday as it moves across South Florida, or by Sunday over the eastern Gulf of Mexico.

Meteorologist Megan Borowski says that regardless of when this happens, it’s likely to wash out weekend plans for some Floridians.

“I think the heaviest rain Saturday will fall roughly from Tampa to Miami, and across much of Southwest Florida near Fort Myers and Naples. But then as the system moves into the eastern Gulf, some of those heavier downpours might reach the Nature Coast and portions of the Panhandle Sunday. Seas will also be rough, and there will certainly be a rip current risk – but widespread wind impacts from this system are not expected.”

In addition to this disturbance, there are two tropical storms and three other areas of potential development in the tropical Atlantic Basin right now, but Megan says none of those pose a current threat.