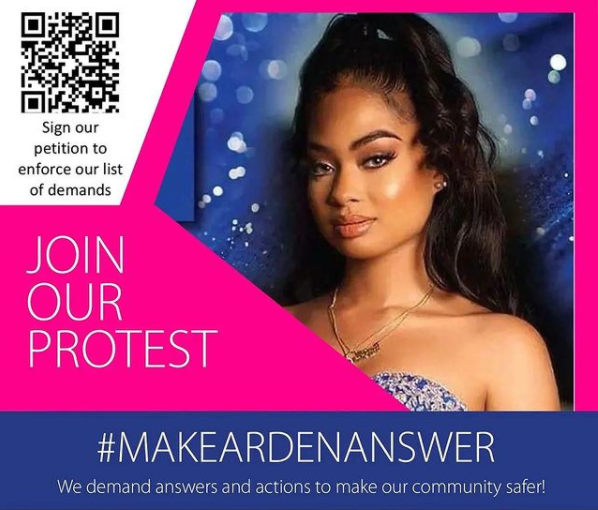 Residents of Arden Villas where Valencia College student Miya Marcano disappeared are calling on their landlord to make safety changes at a protest on Wednesday.

Marcano disappeared on September 24th shortly after maintenance worker Armando Caballero, who had shown a romantic interest in her, used his maintenance key to enter her apartment.

These demands include locking and monitoring the front door 24/7, taking complaints about staff seriously, and installing more lighting and cameras around buildings.

In a statement posted to the @bringmiyahome page on Instagram, organizers of the protest say “what happened to Miya Marcano should’ve never have happened.”

A body was found in a wooded area in Orange County on Saturday after a weeklong search. The Orange County Medical Examiner officially confirmed the remains were Marcano’s on Tuesday.

Caballero was found dead from a suspected suicide.

Listen to the full Orange County Sheriff’s press conference on the case here:

A body believed to be Miya Marcano has been discovered. OCSO Dectectives have notified Miya’s parents of this tragic news. Sheriff John Mina and the men and women of the Orange County Sheriff’s Office extend our deepest condolences to Miya’s family, friends and loved ones. pic.twitter.com/7Xu8wCoz3a