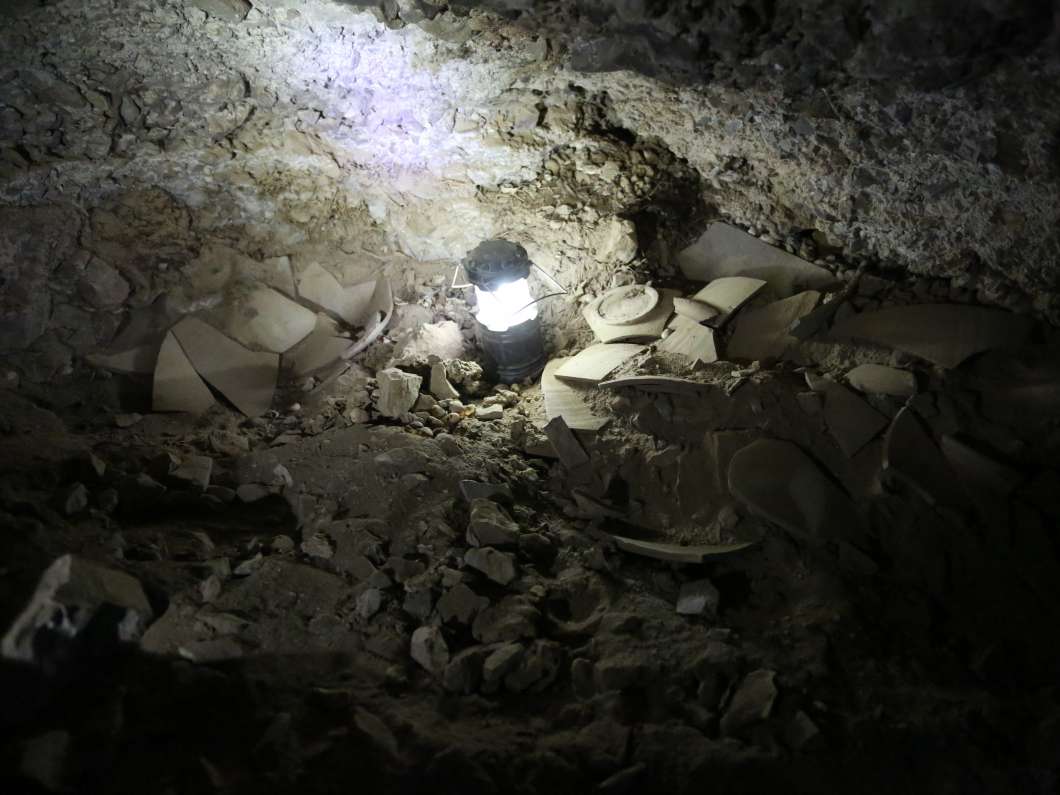 Fragments of jars that contained stolen scrolls, found in a cave in cliffs near the northwestern shore of the Dead Sea in Israel.
Image credit: Casey L. Olson and Oren Gutfeld

Archaeologists from the U.S. and Israel say they have found evidence that a 12th cave was used to store Dead Sea Scrolls, the ancient manuscripts dating back to the time of Jesus.

“This exciting excavation is the closest we’ve come to discovering new Dead Sea scrolls in 60 years,” Oren Gutfeld of The Hebrew University said in a statement about the discovery. “Until now, it was accepted that Dead Sea scrolls were found only in 11 caves at Qumran, but now there is no doubt that this is the 12th cave.”

Since the late 1940s, when the scrolls were found in caves in the cliffs along the Dead Sea, scholars have studied them for insights into the history of the Hebrew Bible and the origins of Christianity.

As NPR has reported, “The scrolls appear to have been hidden in the desert near Qumran in the West Bank by a Jewish sect known as the Essenes that existed around the time of Jesus.”

Although the 12th cave, excavated by a team from The Hebrew University of Jerusalem and Liberty University in Virginia, had previously been mapped, this is the most detailed study of its contents.

“Although at the end of the day no scroll was found, and instead we ‘only’ found a piece of parchment rolled up in a jug that was being processed for writing, the findings indicate beyond any doubt that the cave contained scrolls that were stolen,” Gutfeld explained.

“The findings include the jars in which the scrolls and their covering were hidden, a leather strap for binding the scroll, a cloth that wrapped the scrolls, tendons and pieces of skin connecting fragments, and more.”

Looters also left behind flint blades, arrowheads and a stamp seal made of a stone called carnelian, which offers clues about when and how the cave was used over the centuries.

“I imagine they came into the tunnel. They found the scroll jars. They took the scrolls,” Gutfeld told the BBC. “They even opened the scrolls and left everything around, the textiles, the pottery.”

“Thank God they took only the scrolls,” he told The Washington Post. “They left behind all the evidence that the scrolls were there.”

In 2011, Google and the Israel Museum in Jerusalem made five of the hundreds of Dead Sea manuscripts available to the public online, as we reported.