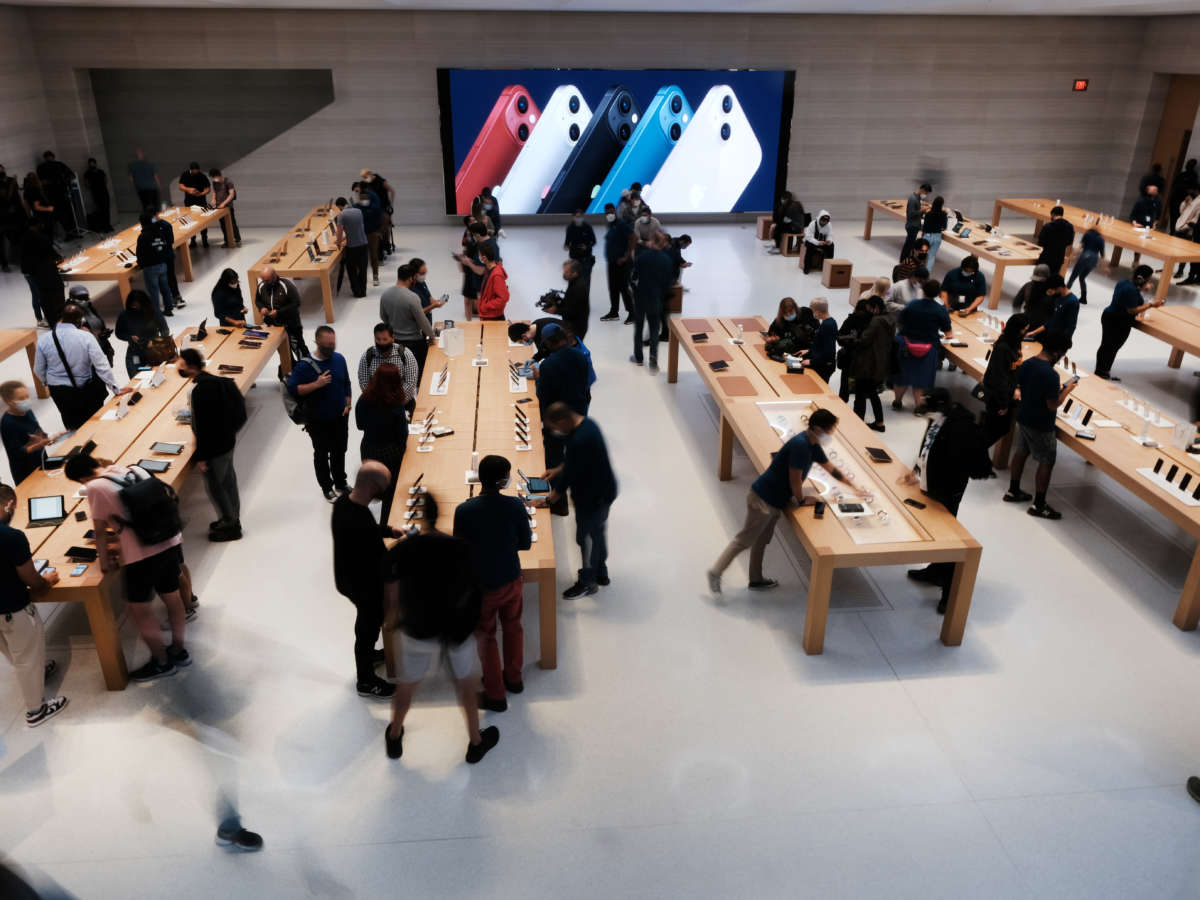 People shop at the Fifth Avenue Apple Store in September in New York City. Apple says customers who want to repair their own devices will be able to buy the parts and tools to do so for certain products starting early next year.
Image credit: Spencer Platt

Apple customers who want to fix their own devices will soon have access to the necessary parts and tools as part of a new self-service repair program.

The program builds on Apple’s efforts to expand access to repairs over the past several years, the company said in a Wednesday statement. It also comes as a growing number of states introduce “Right to Repair” legislation that aims to make it easier for people to fix their own products, citing financial and environmental benefits.

“Creating greater access to Apple genuine parts gives our customers even more choice if a repair is needed,” said Jeff Williams, Apple’s chief operating officer. “In the past three years, Apple has nearly doubled the number of service locations with access to Apple genuine parts, tools, and training, and now we’re providing an option for those who wish to complete their own repairs.”

Self Service Repair will be available in the U.S. early next year and expand to additional countries throughout 2022. And it will roll out in phases, starting with the iPhone 12 and 13 lines and to be followed soon after by Mac computers with M1 chips.

Apple says the first phase will focus on “the most commonly serviced modules,” like the iPhone display, battery and camera. Capabilities for additional repairs are slated for later in the year.

How it will actually work

Historically, when your Apple phone or computer breaks, you have a few options. You can take it to an Apple store, an Apple-authorized service provider or an independent repair provider that has access to Apple parts, tools and manuals.

Now you can add your own home to the list, so long as you are comfortable and capable of doing repairs yourself.

Apple says customers should first review the repair manual, then place an order for the Apple parts and tools using the company’s new online store. Then they can return their used part for recycling and receive credit toward that purchase.

The company cautions that DIY repairs are not for everyone, however.

“Self Service Repair is intended for individual technicians with the knowledge and experience to repair electronic devices,” reads the release. “For the vast majority of customers, visiting a professional repair provider with certified technicians who use genuine Apple parts is the safest and most reliable way to get a repair.”

Apple says it’s been working for years to provide more suppliers with genuine parts, tools and training in an effort to make repairs more accessible.

It says it has nearly doubled the number of such service locations in three years.

Apple’s Independent Repair Provider program — which launched in the U.S. in 2019 and aims to give independent repair shops access to the same resources as authorized service providers — has grown to more than 200 countries and now includes more than 2,800 providers.

Apple notes that it also offers repairs through its global network of more than 5,000 authorized service providers.

Wednesday’s announcement comes approximately four months after President Biden signed an executive order calling on the Federal Trade Commission to write regulations that would force manufacturers to allow “the right to repair.”

Consumer groups say it’s problematic that big companies retain control of the repairs business, since they can talk customers into buying a replacement instead. That’s bad for their wallets and for the environment, they say. Here’s more on the movement.