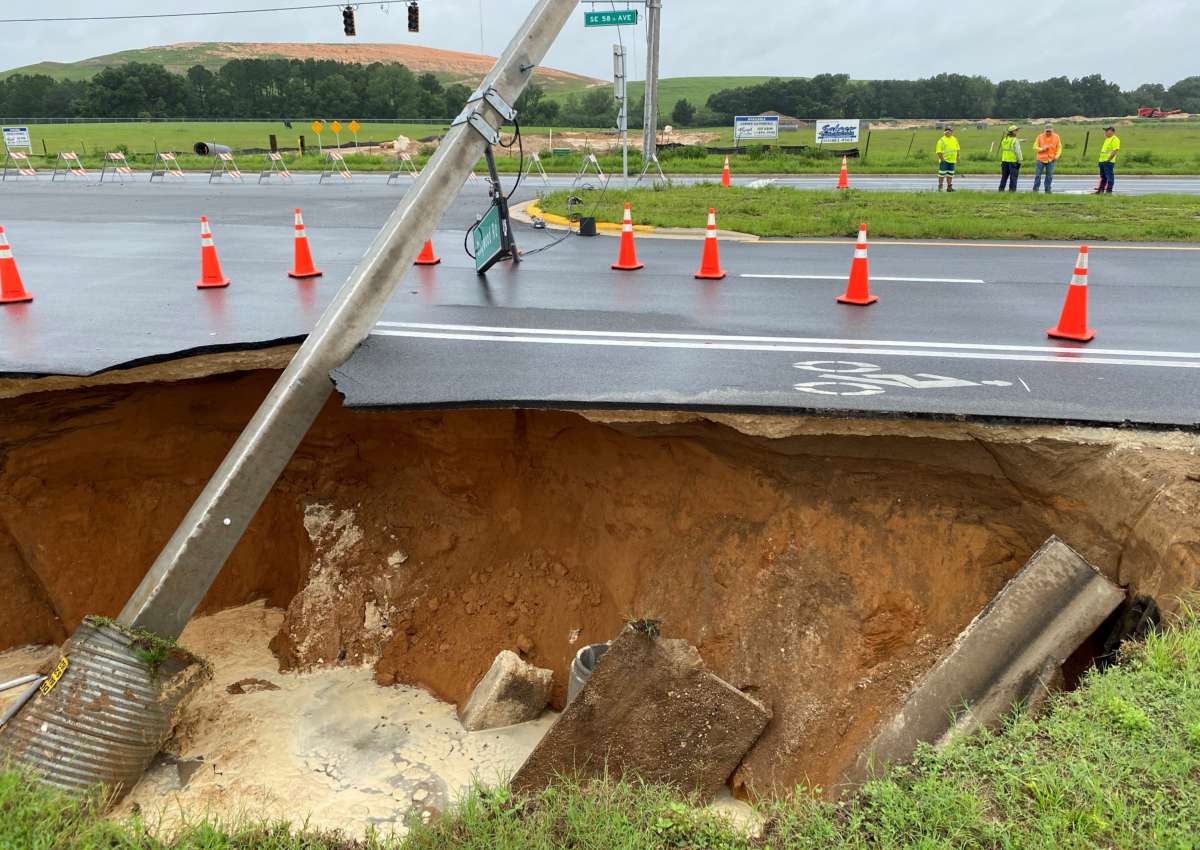 A large hole opened up near the Baseline Landfill in Marion County Sunday morning, shutting down State Road 35.

It toppled a concrete pole for a traffic signal at SR 35, which is also known as Baseline Road, and Dogwood Road.

Florida Highway Patrol troopers said cables from the stoplight cause a traffic crash. A 60-year-old Summerfield man was injured around 5:19 a.m. when the car he was driving hit the downed cables and  flipped over .

On Sunday morning, the hole was about 35 feet wide and 20 feet deep.

Marion County sheriff’s Sgt. Paul Bloom said it was too early to repair the road.

“Right now they’re not really trying to fill this back in yet because it is still opening up and we have more rain expected throughout the day,” Bloom said at the scene, where Duke Energy and Florida Department of Transportation officials were standing by.

“So crews are just trying to make sure the public is safe and staying away.”

Bloom said it was too early to say whether the ground collapse was actually a sinkhole.

“I just tell the public whenever we have a lot of rain like this, just be aware, use caution,” Bloom added. “That’s another reason not to drive really fast in the rain — not that this person was driving fast. But to just drive with caution, because you never know what is up ahead of you in a rain like this, certainly in Florida.”

Bloom said two lanes of the highway — which is also known as Baseline Road — reopened later in the day.