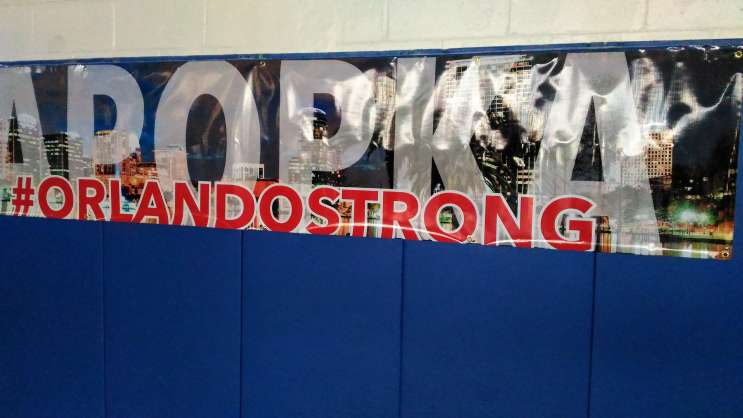 Apopka prayed for Eddie Justice Thursday night. Justice was one of the 49 people killed by a gunman at Pulse nightclub.

About 100 people came to Wheatley Elementary school in South Apopka to pray and light candles.

Justice’s mother Wilhelmina Justice said her son, who was 30, was outgoing and popular and had his own business.

“Everybody he touched, they loved him” said Justice.

“It’s amazing how so many people have come together for him. The way he lived… everyone loved him. I’m being strong for him, but this is so heartbreaking,” she said.

Wilhelmina Justice and other family members of the victims met with President Obama Thursday.

“I just hugged him,” said Justice.

Justice was texting with her son while he was trapped in the nightclub by the shooter. She says she still has questions about what happened that night.

Vernada Logan,  Eddie Justice’s aunt, said he was a kind and loving person.

“Whenever he would walk into a room it would just light up with joy,” said Logan.

“He was a very loving young man, and he will be truly missed.”

Shirley Sharpe-Terrell said she’s like an aunt to the Justice family. She said it’s a close knit community, and everyone is shocked by the shooting last Sunday.

“And we all suffer, love each other, we hurt together, and we support each other together.”