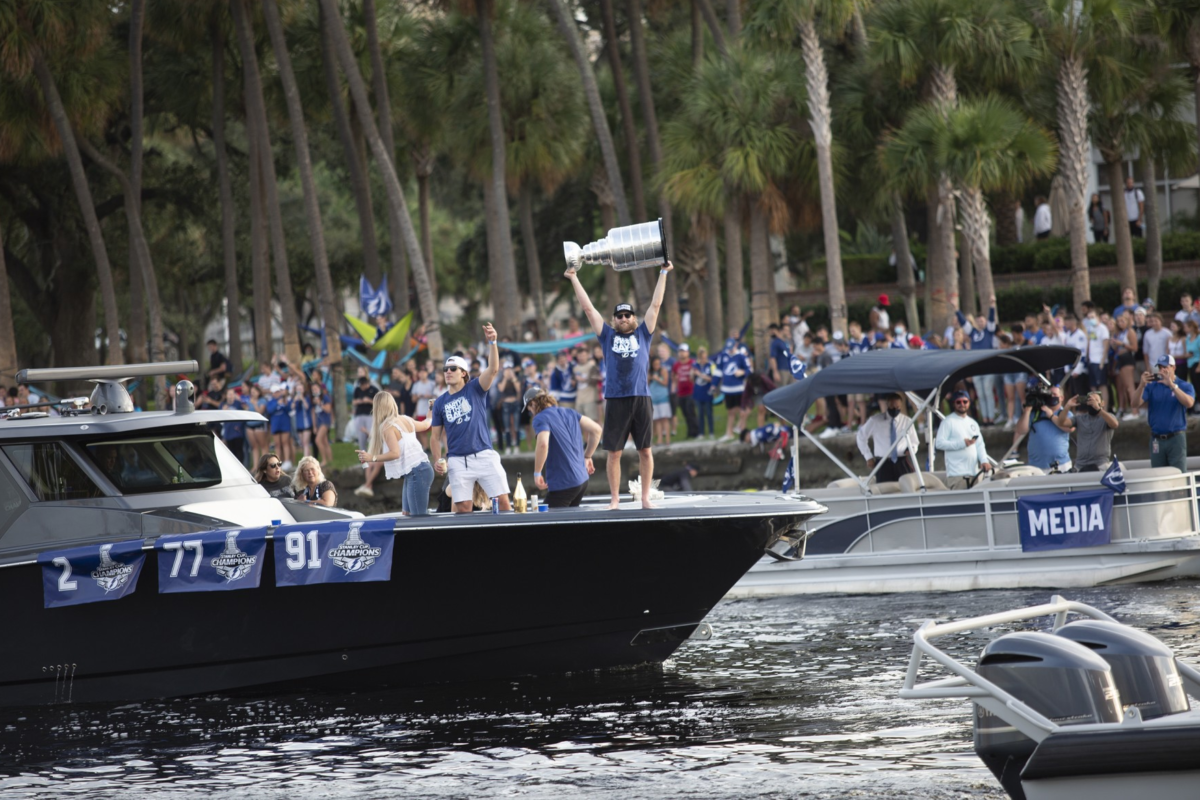 Monday’s victory parade may be the only safe time to boat while there’s Lightning on the water.

Another trophy toss on the Hillsborough River could be in order.

A celebratory boat parade is set for Monday along the Tampa Riverwalk, this time for the Tampa Bay Lightning’s second consecutive Stanley Cup victory.

It’s the third such celebration for the city in ten months, following the Lightning’s first win in October 2020, and the Tampa Bay Buccaneers’ Super Bowl championship in February.

Players will board the boats with the Cup at 10 a.m. on Davis Islands and set sail around 11 a.m.

The route will be the same as the Bucs, passing along Davis Islands, Harbour Island, and Water Street, according to Tampa Mayor Jane Castor.

Castor is referring to Tom Brady’s toss of the trophy to tight end Rob Gronkowski during the February parade, which the Bucs’ quarterback and an account for the Stanley Cup talked about in a Twitter exchange.

The waterfront activities are scheduled to last until noon, but the celebration will continue at Julian B. Lane Riverfront Park.

That event is set to take place around 2 p.m. The park will open to fans at 9 a.m.

The parade will take place on Monday instead of the weekend so Tampa Bay Lightning owner Jeff Vinik is able to attend. His son is scheduled to get married this weekend.

“We couldn’t have this parade without the person that made it possible. And that is Jeff Vinik. So we’re going to make it on his schedule,” she said.

As for whether or not the Cup will be tossed boat-to-boat by the back-to-back Stanley Cup champions, Castor said preparations will be in place.

“We are always prepared, so we have divers. If Stanley takes a swim, we’ll get him back in short order,” she said.