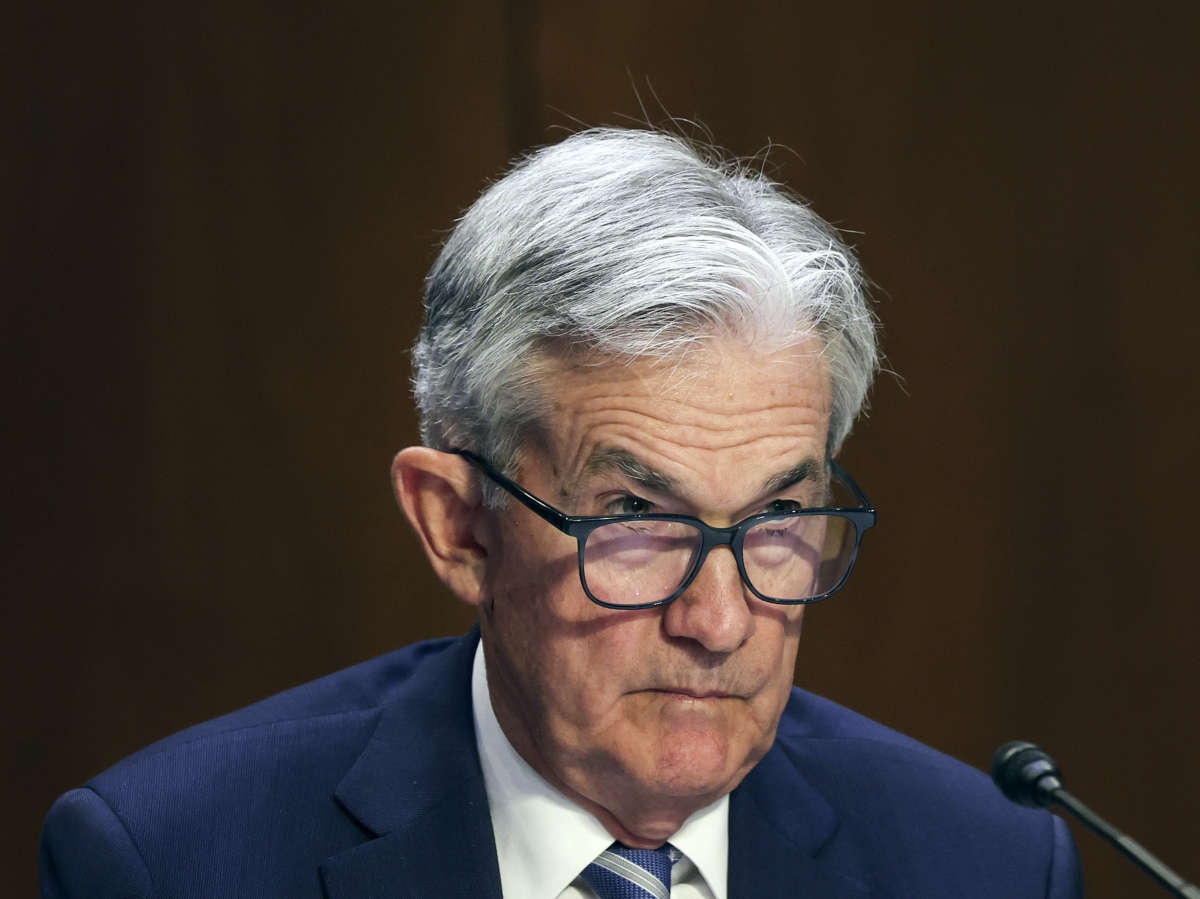 With prices rising at their fastest pace in a generation, the Federal Reserve is ratcheting up its fight against inflation.

On Wednesday, the Fed raised its benchmark interest rate by an additional three-quarters of a percentage point. This is the fourth time the central bank has raised rates this year.

It follows an increase of the same size in June — rate hikes at this pace and magnitude have not occurred since the late 1980s.

Despite these fast and furious moves, the central bank has its work cut out for it. Its goal is to rein in inflation without kickstarting a recession.

Fed Chair Jerome Powell and his colleagues are trying to do this by tackling demand. They are pushing up the cost of of credit — what consumers and companies pay to borrow money — and they are trying to deal with a jobs market the Fed chair has called “unsustainably hot,” where wages are rising fast because many businesses are paying more to find workers.

In a statement, the Fed said that some parts of the economy — like spending and production — have weakened. However, it noted that “job gains have been robust in recent months, and the unemployment rate has remained low.”

The key goal, of course, is to fight inflation, which remains elevated. The Fed noted that pandemic’s supply chain issues have continued to push prices and the Russia-Ukraine war is adding additional pressure on food and energy prices.

Although it will be difficult to achieve what economists call a “soft landing” for the economy, Powell sounded a confident note in recent testimony before Congress.

“We have both the tools we need and the resolve it will take to restore price stability on behalf of American families and businesses,” Powell told the Senate Banking Committee last month. “Our overarching focus is using our tools to bring inflation back down to our 2% goal and to keep longer-term inflation expectations well anchored.”

To do that, the Fed is ratcheting up interest rates. But this isn’t a precise or painless process. As policymakers continue to raise rates, growth will slow further, and the unemployment rate, which is close to its pre-pandemic low, will rise.

The Fed would like those adjustments to happen in a measured way, but that is easier said than done.

In June, inflation rose by 9.1% from a year earlier, and the Fed is tackling a problem that is shaped by factors outside of its control.

The central bank is equipped to deal with demand, which surged as the U.S. emerged from the darkest days of the pandemic, but it can’t fix supply chain issues or end the war in Ukraine, both of which have led to higher prices, especially of gasoline and food.

Economy continues to create jobs, but housing has slowed

Powell and his colleagues on the Federal Open Market Committee are closely tracking economic data, but they have been mixed.

On the one hand, inflation didn’t peak in May. The Consumer Price Index ticked up in June, thanks in large part to higher energy prices.

On the other hand, the labor market has remained strong. In June, it added 372,000 new jobs — more than Wall Street expected, which brought the total number of jobs added in the first half of the year to 2.7 million.

Meanwhile, the housing market has been slowing down, thanks to higher interest rates.

According to Freddie Mac, the average rate on a 30-year fixed-rate mortgage is now 5.54%, close to double from the beginning of the year, which has iced out many buyers. New home construction and sales have also declined.

Then, there is the stock market. This year, the broad-based S&P 500 is down about 17%, and the tech-heavy Nasdaq, which is in a bear market, has fallen by about 25%.

Later this week, the Commerce Department will release its quarterly report card on economic growth. In the first three months of the year, gross domestic product shrunk by 1.4%.

“There’s a lot of evidence that economic growth has slowed over the first half of this year,” says Ryan Wang, a U.S. economist at HSBC.

Economic numbers are difficult to process

But there’s no clarity in the data.

“When you have data points that are in conflict with each other, you have to ask yourself, ‘Which ones do you believe?'” he says. “Trust the instruments that you believe in.”

Economists know that data distortions tend to diminish over time. The U.S. Department of Labor revises its monthly jobs numbers, for instance, and the GDP figures we’ll get on Thursday are only the Commerce Department’s first estimate.

But in this moment, it is hard for Powell and his colleagues to be patient. Inflation has become a political issue because rising prices are weighing so heavily on consumer sentiment.

According to a recent Morning Consult/Politico poll, 65% of registered voters believe the U.S. economy is currently in a recession. That’s despite the fact that a recession hasn’t been declared by the National Bureau of Economic Research, the nonprofit group that officially makes that determination.

“Doing nothing at this stage — not getting on top of the inflation problem — likely means course-correcting later is even harder,” says Gapen. “If inflation becomes entrenched, and long-run inflation expectations move higher, history says breaking that spiral is much harder, and the downturn would likely be much deeper.”

Some prices are coming down

Like Powell, economists are scrutinizing the data, looking for signs that the Fed’s policies are working.

Michelle Meyer, who is the U.S. chief economist at the Mastercard Economics Institute, sees some promising signs.

Oil has been trading lower, and gas prices have fallen. According to AAA, the average price for a gallon of regular gas is $4.33, which is about $0.69 lower than its record high, set in June.

Those data may give Powell confidence what he and his colleagues are trying to engineer is working.