Announcing the winner of the 2022 Tiny Desk Contest 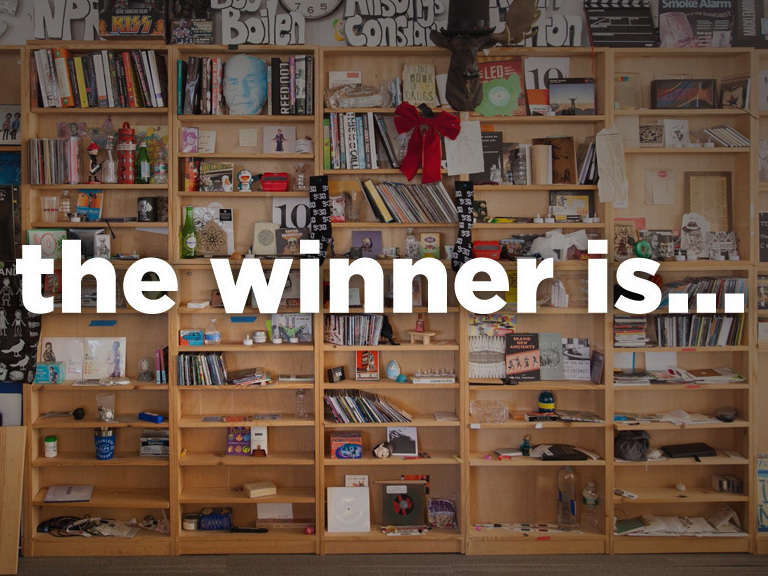 And the Tiny Desk Contest winner is...

Choosing one Tiny Desk Contest winner from all the incredible entries NPR Music receives each year never gets any easier — though the process, where a panel of judges and I get to hear so many amazing unsigned artists from across the country who hope to play a Tiny Desk concert, is always pretty exciting. Now, after sifting through thousands of entry videos to this year’s edition, we have some big news.

Today we’re thrilled to announce Alisa Amador is the winner of the 2022 Tiny Desk Contest!

Amador is a singer-songwriter from Boston, Mass., with a powerful voice whose tender performance commands attention and fosters connection. Each of the Contest judges (NPR Music’s Bobby Carter and me; Tiny Desk alums Raveena, Big K.R.I.T., iLe and Japanese Breakfast’s Michelle Zauner; and WBGO’s Nate Chinen) fell in love with Amador’s winning entry, “Milonga accidental.” “Her performance – marked by a soaring vocal improv and imbued with Spanish inflection and a crystalline sense of purpose – captivates from start to finish,” says Chinen.

This was Amador’s fifth year entering the Contest, but her first time submitting a song completely in Spanish. Amador’s family is from Puerto Rico, New Mexico and Argentina, and she told us her winning song is “an ode to in-between-ness, to having several identities at once, to feeling split between cultures and languages.” “Cuando sabré descifrar mi razón? / Cuando sentiré mi hogar en mi voz?” (“When will I know how to decipher my purpose? / When will I feel at home in my voice?”), she sings in her entry. “I like that rhetorical question,” Contest judge iLe told Rachel Martin on Morning Edition today. “You never know when you will find the answer, but you want to keep searching — and that’s the beauty of the song for me.” Amador says she wrote the song as a way to make a home for herself and “for anyone who has felt out of place or like they don’t fit neatly under one label.”

Later this month, Amador will play a Tiny Desk concert at NPR’s headquarters in Washington, D.C. She’ll then headline the return of NPR Music’s Tiny Desk Contest On The Road tour: a victory lap of sorts, celebrating the winner and the spirit of the entire Contest community. At each stop, the lineup will include Amador and her band, plus other local artists who entered the Contest this year.

You can hear more from Amador herself this afternoon on All Things Considered. And you can learn more about each tour stop and get tickets at NPRPresents.org.