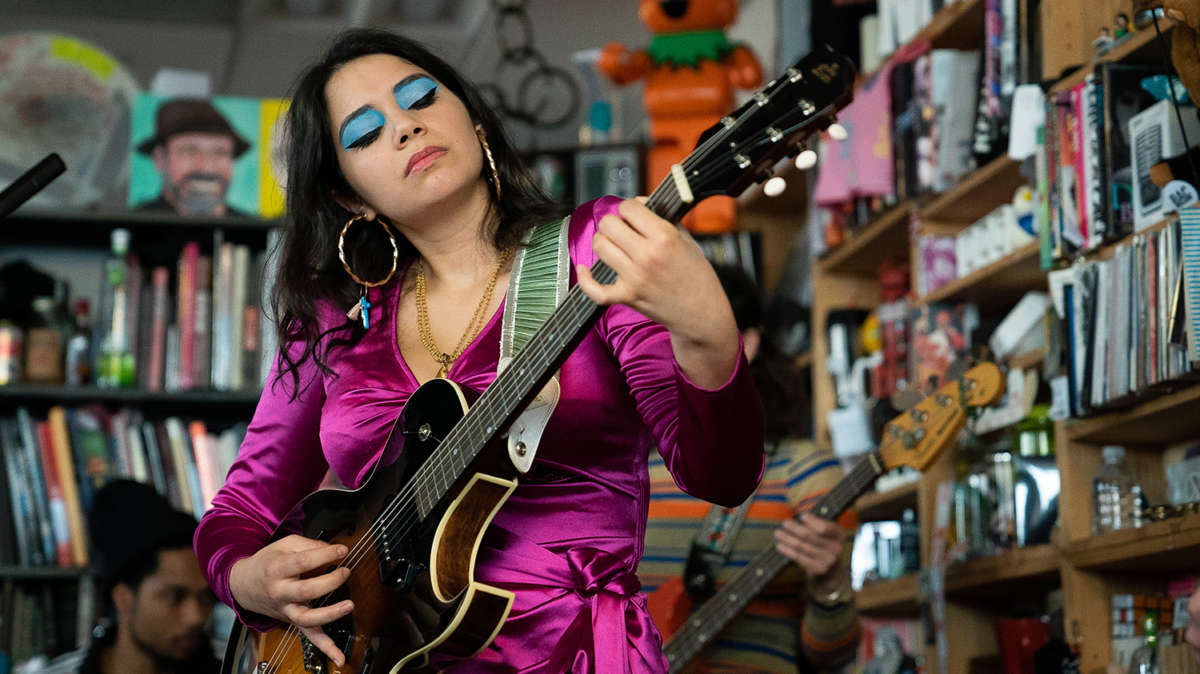 Angelica Garcia decorated the Tiny Desk with colorful fabrics, orange flowers, a fuchsia dress, and a great deal of pride in what she calls her “Salva-Mex-American” heritage. Her song “Orange Flower” got my attention back in 2016, but I thought of her only as a Virginia rock and roller. Not anymore. Angelica Garcia’s music in the 2020s embraces her heritage, her life growing up in Los Angeles, and the ranchero music she heard from her family. Angelica moved to Virginia at age seventeen. The songs she sings at the Tiny Desk, all from her album Cha Cha Palace, reflect the way she was seen, or more to the point, not seen, in her new home. “Jícama” captures that feeling of invisibility:

On the opening song, “Guadalupe,” Angelica expresses respect for La Virgen de Guadalupe, the patron saint of Mexico, singing “I wanna be like her.” Guadalupe inspires her to declare that “power isn’t defined by your physique.” In this Tiny Desk concert, Angelica, along with her Richmond bandmates, powerfully convey the all-important message that we are all part of this country’s colorful fabric, and we all deserve to be heard.