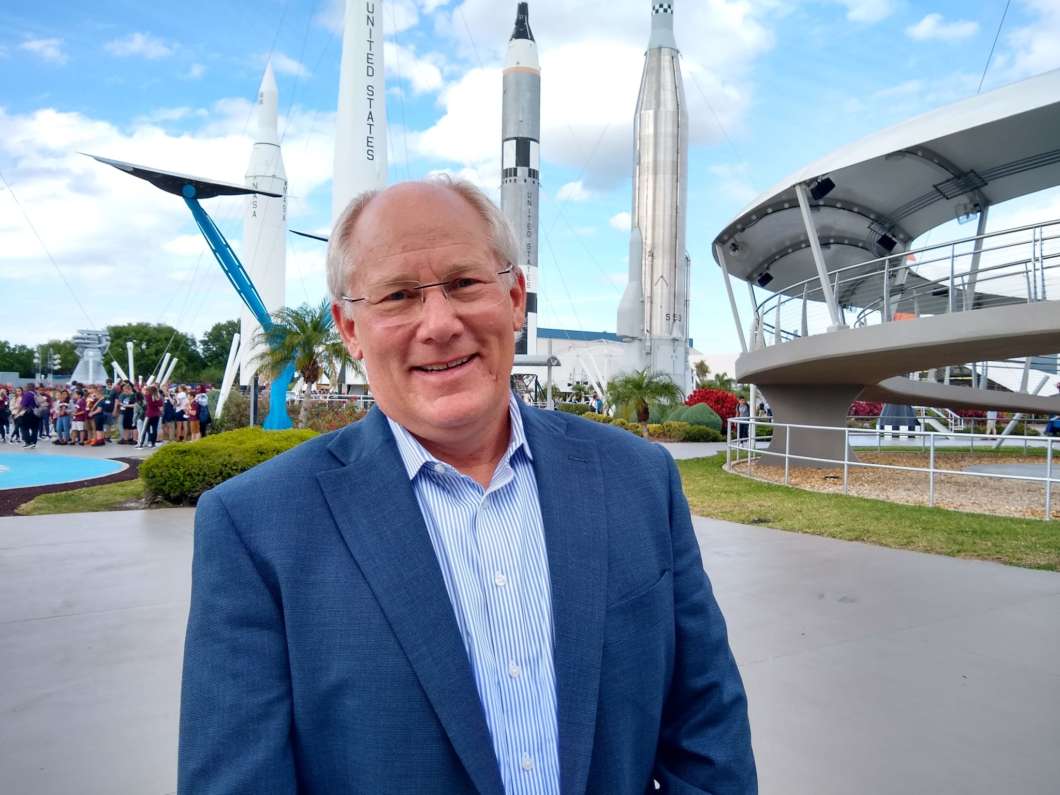 There’s a lack of business leaders in the space industry. Florida Tech’s Andy Aldrin said the education system does a great job training new scientist and engineers — but there’s also a need for managers and innovators.

A new graduate program at Florida Tech aims to fill that gap. The University teamed up with the International Space University to offer a 7-week, intensive training in finance, policy and management.

The courses are held at the Kennedy Space Center Visitor Complex. From the Education Desk, 90.7’s space reporter Brendan Byrne spoke with ISU Center for Space Entrepreneurship director Andy Aldrin about what students can expect from the program.

It also offers the student the opportunity when’s an executive comes in from that company, they’re going to get to interact with them and it’s going to make the whole the whole session much more participatory. That’s going to be a key part of the evaluation for that course is the quality of the analysis they do, but it’s it’s very much hands on and they’re going to get a tremendous opportunity to meet people that might be their future employers.

Brendan Byrne: Talk to me a little bit about Florida specifically and and the private space industry and why Florida tech is the perfect place for a program like this.

Aldrin: So there are two things. One is just this is the gateway to space. Most of what goes into space comes through the Cape and our courses are going to be literally right here. At the gateway to Kennedy Space Center, we have the launch flow. The thing about launches is the leading executives, scientists, engineers all come in for launches, so we’re going to have an opportunity to introduce the faculty and the students to the people that are coming in for the launches. We’re going to make efforts to try and get them together and have technical exchanges where we will talk about some of the great ideas that students are going to come up with because remember, students are going to be developing their business ideas.

The other thing is Florida is becoming a hub for commercial space now. We’ve got probably a dozen small companies in Florida and four major companies. There’s a lot of space business happening here and a lot of commercial business is going to be growing out this location.

You put those things together and made it makes Florida just a perfect location. And then, you know, on top of that, you got this amazing facility here at the Visitor Complex, it’s just a magical combination.

Byrne: There’s just a small number of students that’ll be in the first class. Where do you see these students in five or years from now? Where do you hope they’ll end up?

Education reporting on 90.7 News is sponsored by Helios Education Foundation.