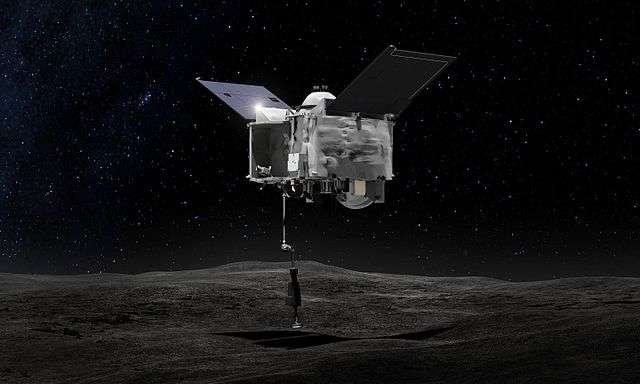 After launching from Cape Canaveral, Florida back in 2016, OSIRIS-REx is about to execute one of its most critical mission objectives — suck up some dust on a far away asteroid.

The spacecraft has been orbiting the asteroid Bennu since arriving back in 2018, uncovering all sorts of interesting things about this ancient space rock. On October 20th, it will perform a TAG maneuver, sucking up a small sample of dust to send back home.

This dust, once back here on Earth, could help us understand how life formed in the solar system. It’s a question scientists like NASA’s Jason Dworkin have spent their careers unpacking. We’ll speak with Dworkin about this mission and how he hopes to unlock the secrets of life here on Earth.

Then, NASA’s gateway is a mini space station set to orbit the moon. But what’s a space station without supplies? Kennedy Space Center’s Mark Wiese heads NASA’s deep space logistics program. We’ll talk about the plan to ship food, water and space suits to the moon ahead of astronaut missions in the next few years.