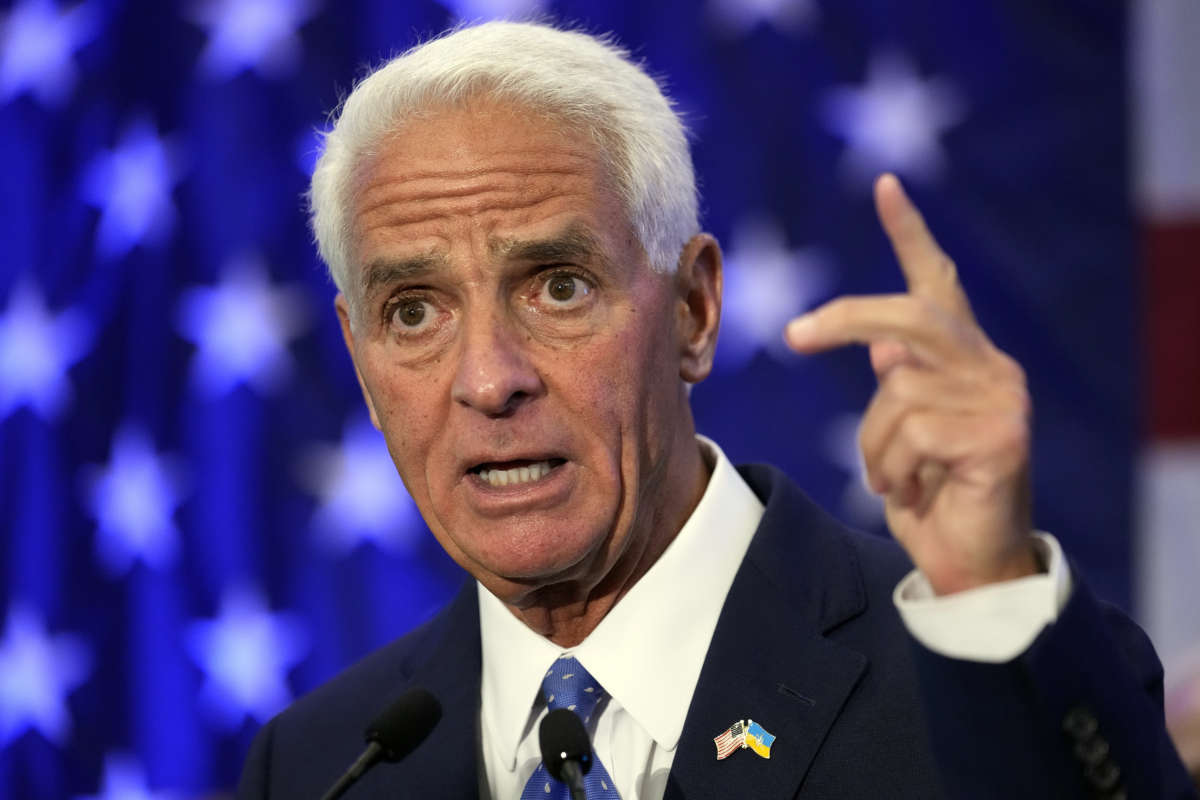 Floridians voted in the state’s primary election Tuesday, including the nomination of Democratic Gubernatorial candidate Charlie Crist. WMFE’s Brendan Byrne spoke with Dick Batchelor, former state lawmaker and Democratic analyst and Chris Carmody, Republican strategist and shareholder at GrayRobinson about the results and what’s ahead for the general election in November.

“I think Charlie Crist was always ahead,” said Democratic analysts Dick Batchelor. “He’s running against a very popular incumbent Governor. DeSantis is also probably going to run for president 2024.” DeSantis has raised some $120 million as the campaign garners national attention. “I think Crist would track tens of millions of dollars [in response]. It’d be a knockdown drag out” campaign.

Even before the Democratic nomination, DeSantis’ campaign has been in full swing, said Republican strategist Chris Carmody. “The bigger reaction, as far as game planning and strategy is when you look statewide for all the statewide ballots, three of the five Democratic candidates statewide are Black and females,” he said.

“There’s going to be some interesting identity politics that the Governor’s team is are going to have to take into account and and we have yet to see who former Governor Crist is going to pick as his running mate.”

“This is this is probably a signal that the Trumpian politics are effective at getting your name out there. But at the end of the day, there has to be some substance to go along with it,” said Carmody. “I think the voters reacted to Cory Mills having just a little bit more substance there.”

More than half a dozen candidates were on the ballot for this race including Frost. “He was involved in the Black Lives Matter movement. He worked ACLU, he confronted [Governor] DeSantis at a rally. But more importantly,” said Batchelor, “he raised over $1.3 million in that race.”

Congressional District 11 incumbent Daniel Webster beat far-right activist Laura Loomer in the primary for his Congressional seat. Loomer, who’s been banned on some social media networks because of anti-Muslim and other remarks, told supporters “I’m conceding because I’m a winner and the reality is, our Republican party is broken to its core.”

“I don’t think I believe that,” said Republican strategist Chris Carmody of the Republican party. But he thinks the rhetoric is here to stay.

“It’s certainly a signal of where things are going in some of these Republican primaries with these somewhat national candidates that can raise money nationally, on kind of the Trump wave, aren’t going away,” said Carmody. “They’re gonna continue to pound their fists until they get in.”