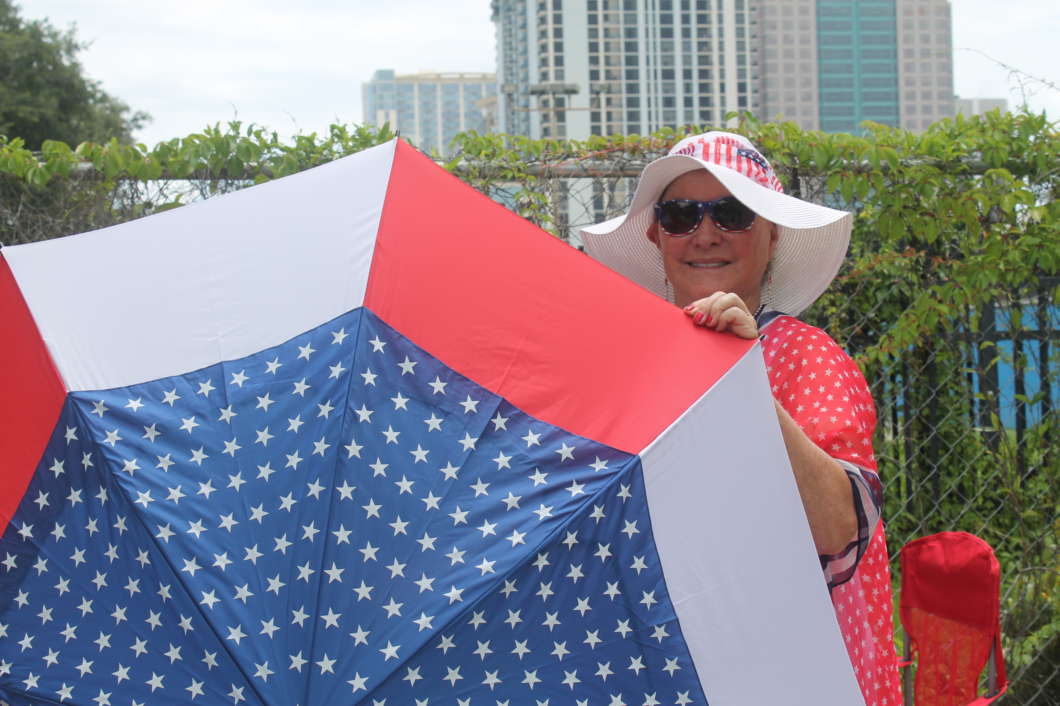 Laureen Vartanian sports a patriotic umbrella to match her equally patriotic outfit, as she waits in line for Trump's re-election rally. Photo by Paola Chinchilla.

Political analysts say President Trump’s decision to announce his re-election bid in Orlando makes sense for a number of reasons.

Thousands of people were at the Amway Center for the speech, and supporters gathered outside the arena all day for what’s been dubbed ‘45 Fest’.

Jeremy Levitt, Distinguished professor of International Law at FAMU College of Law, who is politically independent, told WMFE’s Intersection that picking Florida for the campaign launch shows how important the state is for 2020.

“It’s a state that has a very odd combination of racial and ethnic minorities that can swing one way or the other,” said Levitt.

“I think it’s actually quite smart for him to start here, because if he can’t win Florida, he’s in trouble.”

But he says Orlando is a good location for Trump’s supporters.

“Donald Trump’s not coming here trying to change any minds of anybody, anybody that’s out in the community, but Orlando’s central, and everybody can drive in, they can charter buses, they can drive to a central part of the state where they can all get together.”